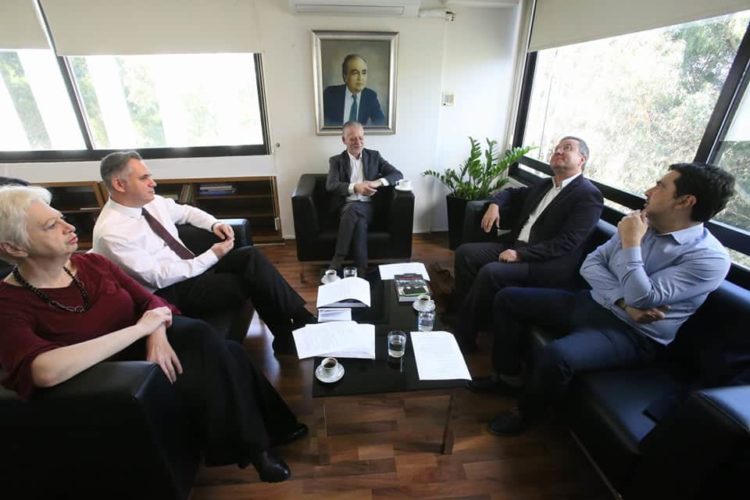 The leaders of the parties and MP Pavlos Mylonas who abandoned Giorgos Lillikas; Citizens Alliance to support Papadopoulos

Parties of the so-called centre said Friday they will continue their co-operation based on the policy on the Cyprus problem agreed before the presidential elections.

In a joint communique issued after a meeting between the leaders of Diko, Edek, Solidarity, and the Green party, the parties said they would also make every possible effort to achieve co-operation in parliament through common policies and law proposals.

The alliance had been forged before the presidential elections in a bid to elect Diko chairman Nicolas Papadopoulos who failed, however, to even make the runoff.

On Friday, they decided to hold joint events covering an array of subjects from the Cyprus problem to environmental issues.

They also said their MPs will meet in a bid to decide on common action during the discussion of government bills so that they effect changes that will serve people, mainly those hurt the most by the financial crisis.

The parties stressed that their actions would not in any way restrict the individual activities of each party, nor their right to express their own positions and views.

Beware of the Queen of Babylon