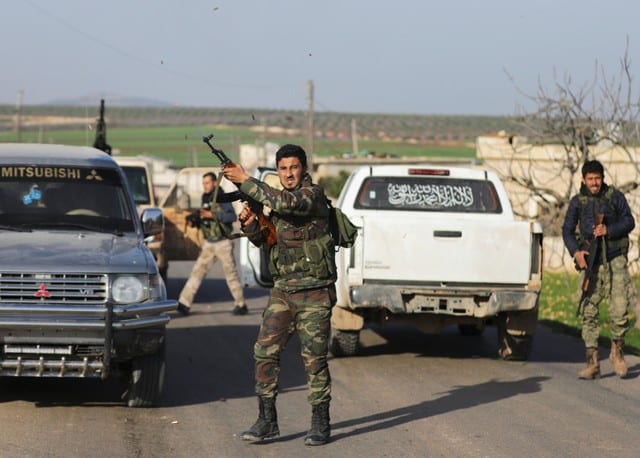 Turkey‘s military and its rebel allies have besieged the northern Syrian town of Afrin and were nearing its town centre, President Tayyip Erdogan said on Friday, in what would mark a major advance in Turkey‘s military operation.

Turkey launched its operation, dubbed Olive Branch, in northern Syria nearly seven weeks ago to sweep the Syrian Kurdish YPG from the Turkish border. Turkey sees the YPG as a terrorist group and an extension of the outlawed Kurdistan Workers Party (PKK).

On Thursday, Turkish forces and their Free Syrian Army (FSA) allies seized control of the nearby town of Jinderes, state media reported. Turkey now controls five out of seven of the settlements in the north-west Afrin region, state media said.

“Now the centre of Afrin is surrounded and our entry is imminent,” Erdogan said in televised speech in Ankara.

“We are removing the last remaining obstacles standing before our besieging of Afrin city centre,” he said, adding there was still about six kilometres (3.7 miles) to go to reach Afrin from the outskirts of Jinderes.

The armed forces will push on after operations in Afrin and Manbij, further east, to sweep Syrian Kurdish fighters from the length of Turkey‘ border with Syria, President Tayyip Erdogan said on Friday.

“We are in Afrin today, we will be in Manbij tomorrow. The next day we will ensure that the east of Euphrates will be cleared of terrorist up to the Iraqi border.”

Erdogan’s repeated threats to push on to Manbij have caused complications with Nato ally the United States, which has its troops deployed in the area.

Turkey has been infuriated by US support for the YPG. Washington has backed the group in the fight against Islamic State.

The PKK, which has carried out a three-decade insurgency in Turkey‘s mainly Kurdish southeast, is considered a terrorist organisation by the United States, Turkey and the European Union.