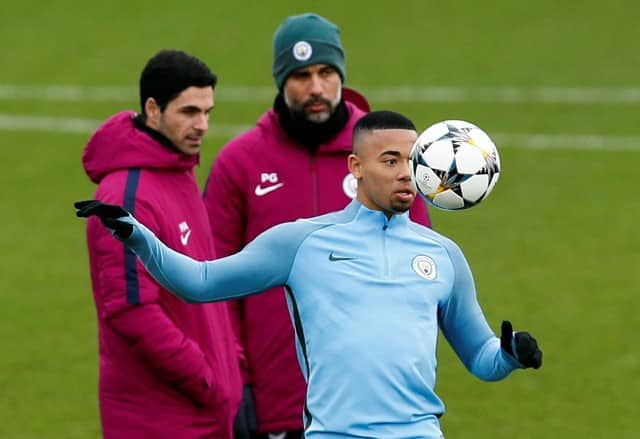 Manchester City striker Gabriel Jesus says he is playing with the fear of injuring himself after making a comeback from a second major spell on the sidelines at the club.

The 20-year-old Brazil international started and scored in City’s Champions League defeat by Basel on Wednesday. It was his fourth game back after missing two months with a knee ligament injury he suffered against Crystal Palace on New Year’s Eve.

He also broke a metatarsal in his right foot last February and says that the prospect of another injury is always on his mind.

“When you are in the game, without wanting it, you end up thinking about the previous game where you got injured… you have a bit of fear,” Jesus, who appeared as a substitute in his three previous games, told British media.

“But, as you are playing more and more, you are going to get that fear away and play your football.

“There’s some movements when I still have some worries about getting injured again. I know anything can happen, but I’m sure that the more you play, the quicker that fear is going to go away.”

Basel fought back to secure a 2-1 win in the second leg against City, but the Premier League club eased into the Champions League quarter-finals 5-2 on aggregate.

Jesus is focused on playing his part as City look to wrap up the Premier League title and continue to make progress in Europe.

He will likely have to wait for his chance in City’s starting lineup, however, after falling behind Argentine striker Sergio Aguero, who has hit form in his absence.

“Aguero is my team mate and I’ll always cheer for him to score and help the club,” Jesus said. “When the opportunity comes for me, I’ll do my best.”

‘He knows where he is,’ says Zidane after benching Bale