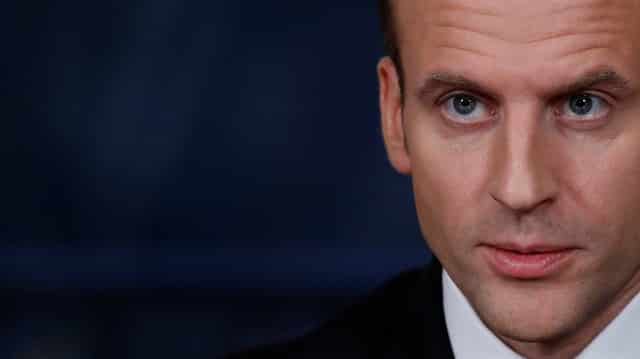 French voters are happy with Emmanuel Macron‘s plans to shrink parliament and scrap perks enjoyed by 150,000 railway workers, but less pleased by the president’s effort to make car drivers slow down, polls show.

As the 40-year-old prepares a constitutional change to lower the number of lawmakers in the two houses of parliament by up to a third, an Odoxa poll on Friday showed nine in 10 people like the idea, one of a myriad of reforms in the pipeline.

Polls over the last couple of weeks also show around six in 10 voters back his government’s plans to wean staff at the debt-ridden SNCF state railway off age-old perks such as job-for-life contracts, free train tickets and early retirement.

That reform has sparked warnings of industrial action from labour unions who will decide on March 15 whether to call for a strike.

The red light for Macron, whose popularity rating is at its lowest since his election in May 2017, comes from plans to lower the speed limit on the 400,000 km (250,000 miles) of France’s secondary road network.

Despite a rise in road accidents since 2014, 59 percent of voters questioned in polls oppose the proposal to reduce the top speed on nearly all two-lane roads outside built-up areas from 90 to 80 km (50 mph) per hour.

That would put France on a par with Denmark, Norway and the Netherlands, where limits are among the lowest in Europe.

A campaign against the speed-limit change has enlisted backing from scores of regional political leaders who argue it is a “made-in-Paris” reform that ignores rural realities such as varying road standards and lack of public transport.

Within Macron‘s own political party, some are worried by a change that prompted politicians from one in four of France’s administrative departments to publish a joint appeal for a rethink.

“I’m against this and I would have voted against it, had it been a proposal in parliament,” Francois Jolivet, a member of parliament for Macron‘s LREM party, told France 2 TV this week.

A government spokesman said this week the change, which the government says could cut the annual road death toll by 350-400 from 3,500 in 2017, should come into effect in July as planned.

Nine months into Macron‘s five-year tenure, his own approval rating has slipped in the most recent polls to 43-44 per cent.