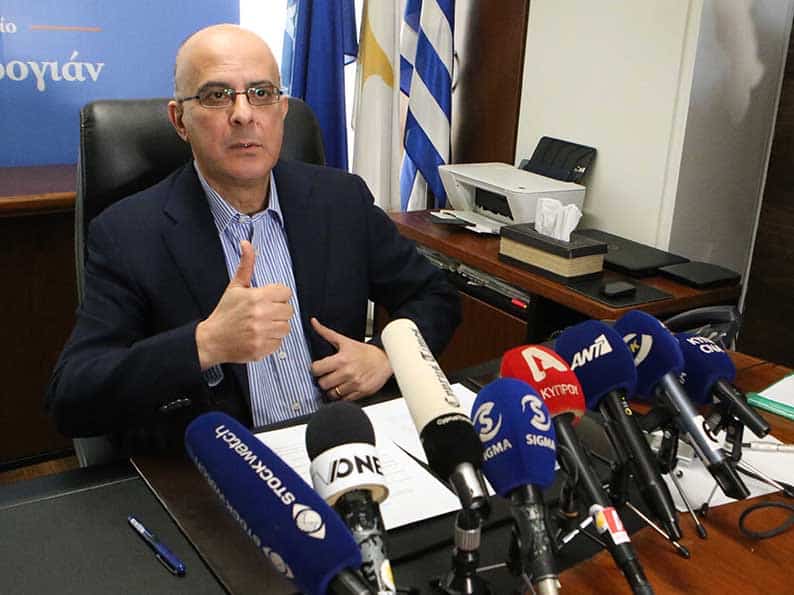 Former Diko leader Marios Garoyian said on Friday he was continuing consultations with people who felt that the empty spot in the moderate political centre needed to be filled and he did not rule out the possibility of creating a new party if and when conditions allowed.

Speaking on state broadcaster Cybc, Garoyian, who was expelled by Diko last month along with other senior members who did not support party leader Nicolas Papadopoulos in the presidential elections, said the creation of a new party would depend on the outcome of his consultations with thousands of people who feel they have no political roof.

Garoyian said he has been hearing such voices for a long time.

“It seems that these people feel intensely that it is time for… that of the moderate centre… to be filled,” Garoyian said. He added that he continued meetings and exchange of ideas with “thousands of people”.

“If in the end it is deemed that those conditions exist and there are people who feel the need for the establishment of a movement, I will assist,” he said.

Garoyian did not however confirm media reports that Diko dissidents filed to register the name Dimokratiki Parataxi (Democratic Front) pending plans to set up their own party.

According to Sigmalive, a request was filed on Friday morning at the interior ministry to register the name Dimokartiki Parataxi (DiPa).

The name – Dimokratiki Parataxi – was the one Diko used in the 1976 parliamentary elections when it had cooperated with Akel and Edek. The procedure reportedly followed the collection among Diko dissidents of signatures to gather the 300 needed for such a move.  “I am not aware of such a move,” he said.

“But I do know there are many people who feel strongly about this, and who want to be under a party roof, they want to express themselves as centrists because they feel that the country is going through difficult times and would like the moderate political centre to exist,” Garoyian said.

He stressed however that what he wants to do is not necessarily dependent on what other people might want to do.

Diko’s Papadopoulos said on Friday that “discussion concerning efforts to create another party, does not concern Diko”.

He added that issue of the expulsions was closed and that there was no question of suspending the decision. Garoyian, he said, was a has-been for Diko.

“We have made our position clear. We will continue our own course and we are focusing on this effort,” he said. Society, he said, is asking for a solution to the problems it is facing.

Papadopoulos said he had no intension of engaging in a public dialogue with Garoyian, especially when the latter was using “abusive, defamatory, degrading” language for Diko, its leadership and its voters.

Former Diko MP and MEP Antigoni Papadopoulou, who was among those expelled, said she had appealed the decision and is anticipating the response of the competent party body.

Speaking on CyBC, she said that the last five years Papadopoulos has been Diko leader, the party lost thousands of voters in the parliamentary, municipal and euro elections.

She called on Papadopoulos to prove he is a good politician and that he is not carried away by his personal feelings. “Because when you lose the elections, you don’t up and leave the next day and go to the UK on holiday and let the deputy chair to deal with the expulsions,” she said.

She said Papadopoulos ought to have remained in Cyprus and taken full responsibility for the outcome of the elections. Papadopoulou said she had no relation with anything to do with a new party.

Panikos Leontiou, head of the Diko disciplinary body that decided on the expulsions, said they were looking into Papadopulou’s appeal and that nothing was being ruled out. He urged her however, to stop criticising the party’s leadership.

Our View: Wild allegations related to gas can only harm Cyprus