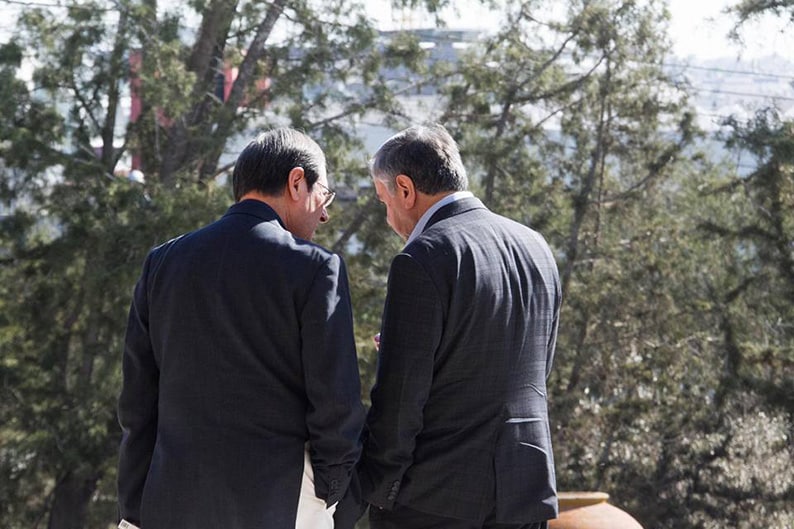 The conditions under which a Cyprus reunification process could resume, remain uncertain, according to analyst for the US Congress

The new report which complements a previous one issued on January 2, 2018, includes an update on the ‘parliamentary’ elections in the north and the presidential elections held in the government-controlled areas.

It notes that elections in the Republic resulted in the re-election of President Nicos Anastasiades after a second-round victory over Stavros Malas, adding that both candidates were considered more pro-negotiation than the other candidates.

“Anastasiades quickly reiterated his readiness to resume the talks under United Nations auspices and invited Turkish Cypriot leader Mustafa Akinci to sit down with him informally to discuss the road ahead,” the report added.

Concerning the elections in the north, Morelli said a four-party coalition, which includes two former Turkish Cypriot negotiators (Kudret Ozersay and Ozdil Nami) in the ‘cabinet’, was cobbled together.

He said the outcome could suggest Akinci “may have a more supportive government behind his positions and efforts at the negotiating table if and when there is agreement to resume the talks.”

Morelli reiterated his previous estimate that “the last round of negotiations at Crans-Montana, Switzerland, in July 2017, centered on, and eventually collapsed over, the sensitive issues of Turkish troop levels and security guarantees.”

“For some, these issues are not central to the question of whether both sides could actually govern together under a federal structure after such a prolonged political separation.”

“Some believe that if the negotiations are to resume at all, both sides may have to agree to first resolve the internal governance issues to blunt a growing question of how close the two sides actually had come to agreeing on how to govern a unified island and to refute UN Secretary-General António Guterres’s 2017 assessment of the talks that ‘a breakthrough was not possible due to mistrust and a lack of political will’.”

The US analyst added: “If the domestic governance issues cannot be resolved, agreement on the security issues will be unlikely. If an agreement on governance can be reached, another international conference on security convened by the UN may be more successful this time around in addressing the difficult security guarantees and troops issues.”

“The differences on these issues, however, have become too high a barrier to be the starting point for the resumption of negotiations,” he says.

Noting Akinci’s expressed intention to meet informally with Anastasiades to try to determine exactly what he wants to negotiate and how long it might take”, Morelli added that Akinci had said the negotiations could not resume under the same UN parameters that existed before the collapse of the talks, as the Turkish Cypriot leader believes those parameters have yielded little return.

“It is unclear, beyond setting a deadline for the talks, whether the new ‘framework’ raised by Akinci means a simple review and public agreement on how both sides define a bizonal, bicommunal federal solution or whether Akinci has begun to shift to the idea of a ‘confederation’ approach,” the US analyst said, adding “it was also unclear whether the recent and more frequent talk of a two-state solution is gaining credence in the north or is simply a talking point.”

Akinci and the Turkish Cypriot leadership plan to sit down with Ankara for a discussion on the path forward, presumably after Akinci’s meeting with Anastasiades. The outcome of Akinci’s discussions with Anastasiades and then with Ankara will likely determine whether, when, and how a new round of negotiations could restart. However, the fact that Ozdil Nami stepped down as negotiator and Akinci does not appear ready to appoint a new negotiator may suggest that resumption of the talks could be delayed for some time, the report said.

It recalls that the US continues to reinforce its interest in a resolution of the Cyprus issue, in part because of the growing prospects that the Eastern Mediterranean, including a united Cyprus, can play an important role in regional stability and in energy development and supply.

“The Trump Administration has pledged to support the negotiations with the goal of a settlement,” Morelli noted, adding the US administration had also expressed its support for the republic’s right to explore for energy resources in its territorial waters, an issue that has begun to heat up again in 2018, as Turkey has criticised additional energy exploration off the southern coast of Cyprus.

“Greek Cypriots, supported by the EU and others, reacted negatively to Turkey’s activity,” it said, adding that many recalled Anastasiades using similar actions by Turkey in the past as a reason to suspend the negotiations, the report said.  ‘However it is unclear if this latest incident will impact Anastasiades’ invitation to sit down with Akinci to discuss the resumption of negotiations.”

‘Paris of the oceans’ pact crucial to save seas, says WWF head