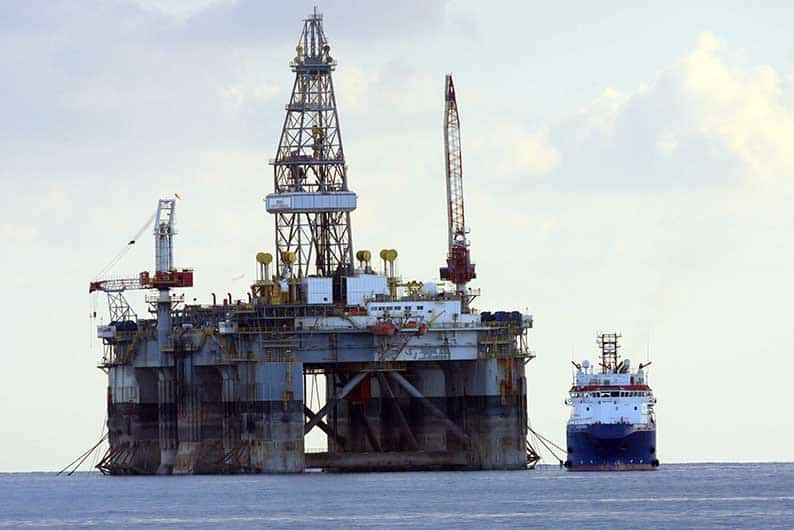 The impression given by some of our politicians is that the Cypriot David will somehow attack and eliminate the Turkish Goliath. In this way, we will secure the revenues from exploiting hydrocarbons in the Cypriot EEZ and only we will get to decide how they are managed. We forget however that the world has already issued patent right for the miracle-working sling of the courageous Israelite shepherd and that the copyright is strictly safeguarded.

These were the thoughts that went through my mind when members of the House finance committee announced last Monday, after discussion of the bill for the creation of a National Hydrocarbons Fund, that all the Cypriot people – Greek Cypriots, Turkish Cypriots, Maronites, Armenians and Latins – would benefit from the hydrocarbons’ revenue. I was crestfallen when I heard this announcement. Being naïve, I had not understood the ‘ingeniousness’ of the committee as I was under the impression that hydrocarbons would benefit the Eskimos, the Kalahari Bushmen and even the Aborigines of Australia.

Sadly, very sadly, the committee failed to touch on the burning issue, which is the way the profits would be shared between the two communities. If there were a settlement, there would be no issue as the broader energy planning would be the responsibility of the Federal Cyprus Republic in which the Turkish Cypriots would also participate. In such a case, the federal government would decide whether the Norwegian or some other model of managing the revenues was followed. If there were no settlement though, the assessment of serious analysts is that Turkey’s stance would make exploiting the hydrocarbon deposits impossible.

Let us adopt the theory of those that believe the big companies we are cooperating with can persuade their respective national governments to ensure Turkey eventually stops placing obstacles to the extraction of hydrocarbons from Cyprus’ EEZ. In such a case, what would happen to the unstoppable flow of money? How would the Turkish Cypriots benefit? From time to time, deputies and government officials have said that our intention was to set up an escrow account and deposit 20 to 25 per cent of total revenues. The proportion would represent the population percentage of the Turkish Cypriots, who would have access to the funds once there was a Cyprus settlement.

This burning issue has yet to be discussed. Nor does it concern the finance committee that this arrangement would create a huge chasm between the living standards of Greek Cypriots and Turkish Cypriots as the funds belonging to the latter would be left in the bank unutilised. With mathematical precision, the income of the majority of the Turkish Cypriots would quickly sink to below 60 per cent of the median income of Cypriots, which is considered the poverty line in the EU. Is this what we are seeking? The creation of a community that would feel hard done by? A community of the deprived and suffering? Has the committee considered the dangers of such a development?

According to the thinking of many Greek Cypriots, Turkish Cypriots should not have any involvement in energy planning before a settlement. They maintain that the Turkish Cypriots are by definition the blind instruments of Turkey and therefore the success of our efforts to exploit our wealth will depend on Turkey. With this mentality, we are pushing, yet again, the Turkish Cypriots into the embrace of Turkey. Saying this, I am not only referring to our struggle for Enosis, but a big array of actions in the past that resulted in the further distancing of the two communities.

By deciding to exclude the Turkish Cypriots from our energy planning, we reinforce their belief that their natural protector and friend is Turkey and their permanent foes the Greek Cypriots. Present conditions, however, provide a golden opportunity to cooperate with the Turkish Cypriots in creating a joint administrative committee for hydrocarbons as their economic interests coincide with ours and not Turkey’s. For the first time, we would be able to form a common front that would also help achieve a settlement. It is potentially the best confidence-building measure.

Another argument the government puts forward is that putting aside funds for the Turkish Cypriots until there is a settlement would act as a catalyst for a solution. But by the same thinking would this not be a disincentive for the Greek Cypriots to reach a settlement? In addition, is it not condescending and patronising towards the Turkish Cypriots and perhaps a source of blackmail?

It is not logical for the Greek Cypriots, under the title of the Cyprus Republic, to collect 100 per cent of the profits from the sale of hydrocarbons and decide when and how the Turkish Cypriots benefit. This also violates the principle of political equality which, rightly or wrongly, we accepted. I may be expressing a heretical viewpoint. The chauvinists, who are very poor in rational arguments and mega-wealthy in their transgressions, are pursuing with a cowboy’s lasso anyone they consider to be deviating from the ‘national’ path.

When Churchill came to Cyprus