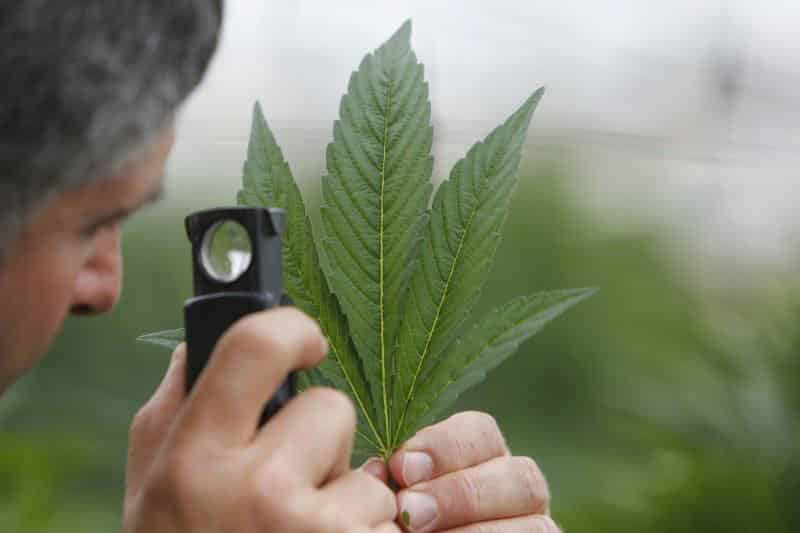 Detractors of legislation aiming to allow the cultivation and distribution of medical cannabis are marshalling the argument that the scheme will lead to the creation of an oligopoly as only two licences are to be granted.

The licences will be valid for 15 years, after which they can be renewed. They will be granted to private companies, which will grow the medical cannabis and then distribute it to pharmacies.

Speaking in parliament recently, Louis Panagi of the state Pharmaceutical Services said that, prior to the coming into force of the National Health Scheme (Gesy), the product will be available only from state pharmacies.

Once Gesy is in place, medical cannabis would also be available for distribution to private pharmacies.

From figures heard inside the House health committee, it is estimated that every five months the state revenues alone from taxing these operations will amount to approximately €45m – suggesting a massive turnover for the two players in the new industry.

It’s clear that the economic benefits were a major factor in the state’s change of heart about medical marijuana.

Whereas critics of the bill, such as the Friends of Cannabis group, have no problem with this, they argue that the wording of the bill points to the creation of an oligopoly.

In addition, the initial licence will cost €20,000. Friends of Cannabis say this clearly restricts the licences to a handful of players.

Addressing these concerns, Panagi said authorities deemed that two licences would be sufficient and appropriate for a country the size of Cyprus.

Limiting the number of companies would moreover make it easier to monitor their practices, he said.

The legislation has also been slammed for not going far enough. The bill specifies that doctors may prescribe medical cannabis to patients suffering from specific ailments “only where no alternative treatment exists or, if an alternative treatment does exist, it has been tried without results.”

In effect, say critics, medical cannabis is to be prescribed only as a ‘last resort’ and strictly for palliative care – ignoring the multiple health benefits documented in a series of studies.

The bill names the ailments for which medical cannabis may be prescribed. These include spinal cord injury, tremors, nausea associated with cancer and HIV treatments, chronic persistent pain (especially pain associated with cancer or degenerative diseases of the locomotor system), ulcerative colitis, Tourette syndrome, Crohn’s disease and Post-Traumatic Stress Disorder.

But to the utter frustration of groups like Friends of Cannabis, medical marijuana may not be prescribed for depression, psychosis, ‘simple’ neurosis, or anorexia nervosa.

In a memo submitted to parliament, Friends of Cannabis said the whole process is over-regulated to the extent it puts to shame the red tape practiced in Imperial China.

Producers of medical marijuana would be subject to a slew of requirements every step of the way (security personnel, CCTV and so on), with each measure incurring extra cost – which the manufacturers will inevitably pass on to patients.

Friends of Cannabis say the cannabis plant thrives in sunshine and needs plenty of air. However, under the legislation medical marijuana is to be grown in greenhouses, which means the plant will be subjected to humidity and to mould and parasites.

To counter these effects, the growers will need specialised air-conditioning equipment and dehumidifiers, which cost a fortune.

Meaning a high price tag by the time the finished product reaches the end-consumer.

What’s more, the bill as it stands limits the dose to patients to 30 grammes per month – effectively a white elephant, say Friends of Cannabis.

That is not all. The competent authority may revoke or suspend a producer’s licence based on “reasonable suspicion” alone that applicants submitted false or misleading information.

And licences may likewise be withheld/revoked “should information be received from the police, a competent authority or the United Nations creating a reasonable suspicion that the applicant has been involved in diverting controlled pharmaceutics and drug precursors into illicit trade or for unlawful use.”

In short, mere suspicion or allegations of wrongdoing would be sufficient to strip producers of their license.

The product will be distributed to dispensaries (initially state pharmacies) in its dried form. Pharmacies will then prepare the product according to the instructions on the doctor’s prescription.

In turn, this opens up a whole other bag of worms: the vast majority of doctors are currently not versed in marijuana chemistry and would need to undergo extensive training before being able to make judgment calls – dosage and so forth – for patients on a case-by-case basis.

Friends of Cannabis point out, too, that the entire endeavour is more trouble than it’s worth, effectively defeating the very purpose of providing this type of relief to patients.

For example, of the bill’s 162 pages, 155 pages are dedicated to policing and restrictions on patients’ use – demonstrating that the real purpose of the legislation is not for the benefit of patients despite the lip service.

If the people behind the bill were serious, they say, all persons – not just patients – would be permitted by law to grow a certain number of cannabis plants for personal use as is the case in a number of countries.

Further, the designated method of cultivation will require the use of pesticides. Although sick people are more vulnerable to toxic residues, the bill does not specify how this is to be tackled other than a generic reference to applying EU regulations governing toxicity levels.

“It is nothing short of the institutionalization of insanity,” the Friends of Cannabis memo concludes.

The response from officialdom is that the mountain of regulations are needed to ensure the process is properly controlled and not corrupted.

It’s understood that the bill’s provisions could be modified during the article-by-article review that is underway in parliament. Once that is done, the parties will come in with their own amendments. In summation,  don’t expect the new law anytime soon.