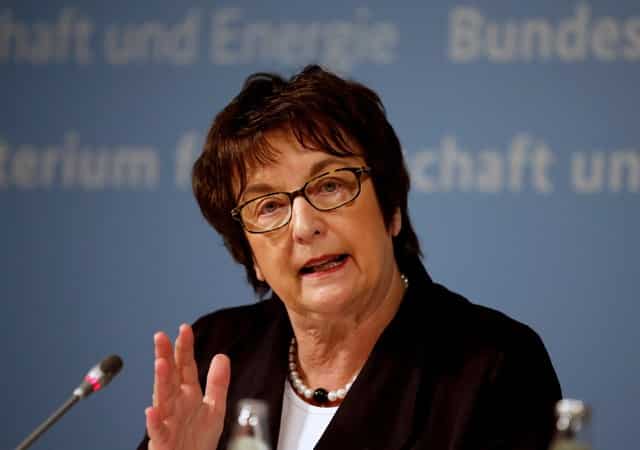 U.S. President Donald Trump’s tariffs on steel and aluminium imports will cost jobs and growth, German Economy Minister Brigitte Zypries told Reuters on Sunday, adding that Europe and other free traders should not let themselves be divided.

Trump set import tariffs on Thursday of 25 percent on steel and 10 percent on aluminium, to come into force in 15 days, stoking fears of a tit-for-tat trade war that could drive up prices and depress growth around the globe.

The European Union responded by saying it would ask the World Trade Organization to impose its own measures, adding that it was still hopeful the 28-member bloc would be made exempt.

“Trump’s policies are putting the order of a free global economy at risk,” Zypries told Reuters in an emailed statement.

“He does not want to understand its architecture, which is based on a rule-based system of open markets. Anyone, who is questioning this, is jeopardising prosperity, growth and employment,” Zypries said.

U.S. steel- and aluminum-consuming industries have also criticized the tariffs as damaging them with higher costs.

Germany and its allies must now safeguard the free trade order and avoid being divided by Trump’s offer to exempt some allies such as Mexico, Canada and Australia from the proposed tariffs, Zypries said.

CRACKS IN THE ALLIANCE

“It is important for Europe to show collectively that there can be countermeasures and that there won’t be cracks in the alliance of free traders,” the minister said.

The European Union and Japan urged the United States on Saturday to grant them exemptions from the metal import tariffs, with Tokyo calling for “calm-headed behaviour” in a dispute that threatens to spiral into a trade war.

Trump has threatened to hit Europe’s car makers with import tariffs if the EU retaliated in response to the metal measures.

Such a move would be particularly hurtful for Germany, Europe’s largest economy, since the U.S. is one of the biggest export destinations for German auto manufacturers and cars and vehicle parts are also its biggest source of export income.

European Competition Commissioner Margrethe Vestager told German newspaper Bild am Sonntag that Brussels would continue to seek dialogue with Washington and to be exempt from the tariffs.

“But if the new tariffs really hit Europe, we will take countermeasures,” Vestager said.

“We have been building a global trading system for decades. European prosperity and millions of jobs depend on it – and Europe will not to stand idly by if someone puts the order of free world trade at risk,” Vestager added.

One of two ExxonMobil survey ships on its way to Limassol

Trump’s condition for Kim meeting is no nuclear, missile test-Mnuchin