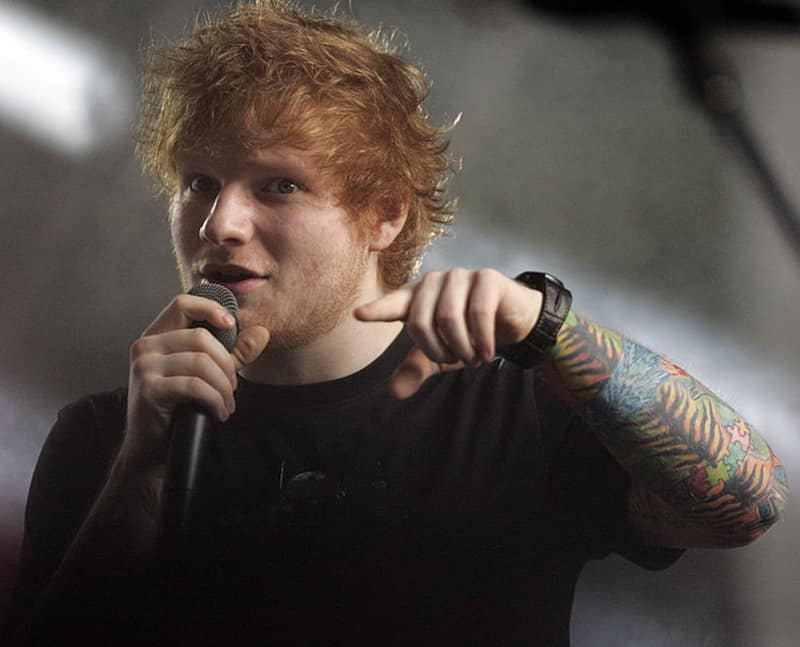 Ed Sheeran scooped up two gongs at the iHeartRadio Music Awards on Sunday (11.03.18)

The 27-year-old singer managed to walk away the awards for Male Artist of the Year and Song of the Year for his smash hit ‘Shape of You’ at the glitzy award ceremony at The Forum in Inglewood, California.

Ed’s two wins were part of a possible five honours for the star, who was also nominated for Best Cover Song for his rendition of Little Mix’s ‘Touch’ – which was a gong won instead by Harry Styles for his version of ‘The Chain’ by Fleetwood Mac – Best Lyrics for ‘Perfect’ which was scooped up by Niall Horan for ‘Slow Hands’, and Best Music Video for ‘Shape of You’, where he lost out to Harry Styles again with his video for ‘Sign of the Times’.

Other multiple award winners of the evening included One Direction’s Niall Horan, who took home the award for Best New Pop Artist on top of his win against Ed in the Best Lyrics category.

The ‘Castle on the Hill’ hitmaker’s close pal Taylor Swift also won big on the night, as she scooped up the gong for Female Artist of the Year, whilst Cardi B was crowned the Best New Artist.

Other winners included Louis Tomlinson, who won Best Solo Breakout, Maroon 5, who won Best Duo/Group of the Year, and The Chainsmokers and Chris Martin, whose track ‘Something Just Like This’ won them the Best Collaboration award.

Song of the Year
‘Shape of You’ – Ed Sheeran

Best Duo/Group of the Year
Maroon 5

Best Collaboration
‘Something Just Like This’ – The Chainsmokers and Chris Martin

Rock Artist of the Year
Metallica

Dance Artist of the Year
The Chainsmokers