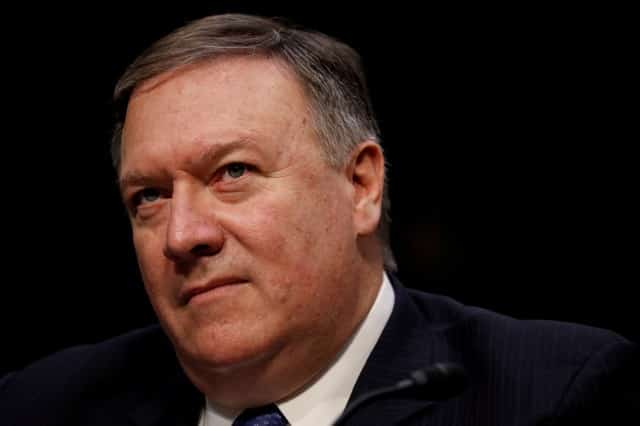 CIA Director Mike Pompeo, if confirmed as the next secretary of state, would bring a number of assets to his new role as the top US diplomat: the confidence of President Donald Trump, government experience and an insider’s knowledge of Congress and the federal bureaucracy.

Trump on Tuesday said he had selected Pompeo, a 54-year-old conservative Republican who has served since last year as CIA director, to replace fired Secretary of State Rex Tillerson in the biggest Cabinet shakeup of his presidency.

Pompeo, a former US Army officer and Harvard Law School graduate who represented a Kansas district in the US House of Representatives before being tapped to lead the CIA, is seen as a Trump loyalist who has enjoyed a less hostile relationship with career spies than Tillerson had with career diplomats.

While some intelligence officers have said that Pompeo tends to tell Trump what he wants to hear rather than giving him their assessments, others say they have been impressed by his intellect, willingness to listen and advocacy of more robust covert operations. Unlike Tillerson, a former businessman who lacked government experience when Trump picked him last year as secretary of state, Pompeo is well aware of the ways of Washington.

Current and former officials said Pompeo was likely to get along better with Congress and with the White House, not least because of his conservative bent.

Pompeo, however, will need to find a way to grapple with a boss who has shown little regard for diplomacy and no qualms about undermining Tillerson with Twitter posts, current and former US officials said.

If confirmed by the US Senate, Pompeo also would take over a State Department shaken by the departures of many senior diplomats and embittered by proposed budget cuts.

“Pompeo was the most political CIA director in memory,” said an administration official, who spoke on the condition of anonymity.

“He dived into policy matters in a way that unnerved many professionals at the agency,” the official added, “and morale was taking a blow that was spreading from the analytical side, where some people feared he was tailoring some PDBs (President’s Daily Briefs intelligence assessments presented to the president) to tell Trump what he wanted to hear rather than what the intelligence assessments were.”

Trump also announced that he picked the CIA’s deputy director, Gina Haspel, to replace Pompeo as head of the agency. If confirmed by the Senate, she would become the first woman to hold the post.

Haspel, while a career CIA officer from the operational side of the organidation, will be a controversial choice on Capitol Hill. Senator Ron Wyden and other Democrats opposed her nomination as deputy director last year.

She oversaw a “black site” detention facility in Thailand where a Senate Intelligence Committee report found that Abu Zubaydah and other suspected al Qaeda extremists were subjected to waterboarding, a form of simulated drowning, and other “special interrogation methods” widely considered torture.

Haspel also became embroiled in another controversy later, as deputy to Jose Rodriguez, the controversial head of the CIA’s Counterterrorism Centre. He wrote in his memoir that in 2005 she ordered the destruction of dozens of videotapes of interrogations at the camp. For that reason, she was denied the job of deputy director of the National Clandestine Service.

May wins backing of Trump, EU leaders in showdown with Russia