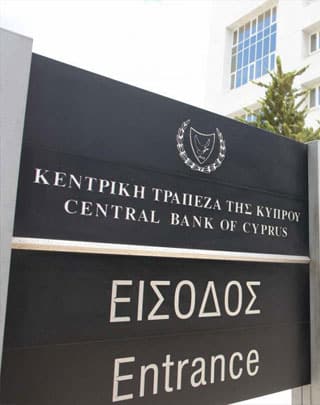 LITTLE attention was given to a speech made on Saturday by Yiangos Demetriou, a senior manager of supervision at the Central Bank of Cyprus (CBC), who warned that the main banks still had a long way to go before they acquired a clean bill of health.

Their failure to reduce non-performing loans (NPL) significantly was affecting their profitability and preventing them from engaging in normal banking business that would help the economy.

Demetriou said nothing that we have not heard countless times over the last few years from visiting officials from the EU or read in reports prepared by the IMF. But there is always a tendency to ignore the warnings of foreigners because we distrust them and believe they like to exaggerate the risks facing Cyprus. After all, the rate of economic growth in 2017 was close to 4 per cent with the tourist and construction industries booming. Complacency has already set in, with the government’s spending a prime example of this.

This was why a wake-up call was needed from a local official, even if few were paying attention. Demetriou, like all foreigners, mentioned that the biggest danger to the economy was the NPLs, which may have decreased – from €27bn at the end of 2014 to €20bn at the end of 2017 – but the rate of decrease has to be speeded up. The CBC felt that the new legal framework introduced after 2013, supposedly to assist the reduction of NPLs – foreclosures, insolvency framework, sale of loans – was unenforceable. Provisions in old laws prevented the correct and prompt implementation of the new legal framework, he said.

The European Commission had already highlighted as the main obstacles to reducing NPLs the slowness and complexity of legal procedures, the absence of a market for NPLs and the lack of out-of-court procedures. The reality is that the political parties have hindered rather than helped the banks’ efforts to reduce NPLs, because effective measures would have been unpopular. They are the worst offenders when it comes to ignoring the advice from abroad and thinking they know best, even as they prove the opposite time and again.

Demetriou did not mince his words on Saturday when he warned that there were two sides to a bank’s balance sheet. “There is also the side of the depositors who have suffered and will suffer the possible consequences of the failure to tackle the problem of the NPLs.”

It was a stark warning that our politicians cannot afford to ignore any longer.