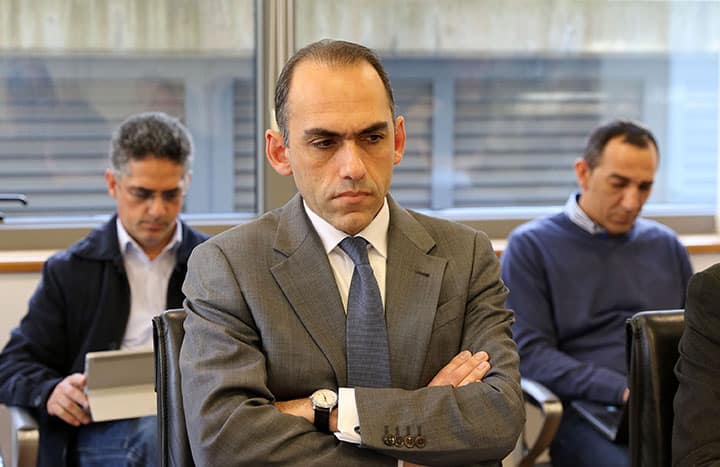 The government and political parties agreed on Thursday to set up a committee of experts to study proposals designed to tackle non-performing loans (NPLs) and formulate a national strategy to deal with the problem, taking into account all the parties’ interests.

Government spokesman Prodromos Prodromou said there was common understanding as to what had to be done to help the financial sector and the public deal better with the problem.

“We must act as soon as possible,” Prodromou said after a broad meeting at the presidential palace on Thursday morning.

“The aim is to have a national plan, compatible with the guidelines of the banking union and the (European) supervising authority and have it in time to gain from the most beneficial solutions for the public interest, the banking system, and mainly the public, the borrowers,” he said.

As of November 2017, Cyprus’ system-wide NPLs comprised 44 per cent of gross loans.

Finance Minister Harris Georgiades told parties during the meeting that Cyprus’ private borrowing grew significantly between 2003 and 2012, creating the problems it is now faced with.

According to the spokesman, private borrowing grew from €21 billion in 2003 to €72.5bn in 2012, the year when the island teetered on the brink of bankruptcy.

“Unfortunately, things got out of hand then,” he added.

The island is currently one of the countries in the Eurozone with the highest number of NPLs, despite making significant progress in the past five years.

Private loans have dropped from €72.5bn, to €51bn, a 30 per cent reduction ‘under difficult circumstances’, Prodromou said.

All sides agreed that efforts need to be intensified and the state must intervene wherever borrowers face problems without being at fault.

Prodromou said the committee will be up and running immediately that and the finance minister will submit a framework, including alternative solutions proposed by the government and recommendations made by parties on Thursday.

Ruling Disy leader Averof Neophytou said all party chiefs agreed that NPLs were a big problem, but he added that strict criteria should be put in place to weed out strategic defaulters.

“If we want to protect those who really need it, the vulnerable social groups, keeping in mind our responsibility towards consistent borrowers, we must be very strict on strategic defaulters. They cannot hide behind the problems in the laws or procedures, compounding the problem,” Neophytou said.

Diko chairman Nicolas Papadopoulos welcomed the president’s positive response to a request for the matter to be discussed at the highest political level, adding that his party was ready to co-operate in a bid to find a solution.

He said a national authority must be set up to administer NPLs and the current departments involved in the matter must be upgraded.

“We are also prepared to examine the improvement of any gaps in the relevant laws and for this reason we will wait to hear the government’s proposal on the matter,” he said.

Main opposition Akel leader said the party was prepared to play ball, provided there was an agreement on the philosophy.

He reiterated that Akel insisted on protecting primary residences and small business premises belonging to people who had been servicing their loans consistently but due to the financial crisis can no longer do so.

“These people must be protected. We will not accept decisions that will once again exclusively benefit banks, saddling people with the consequences,” Kyprianou said.