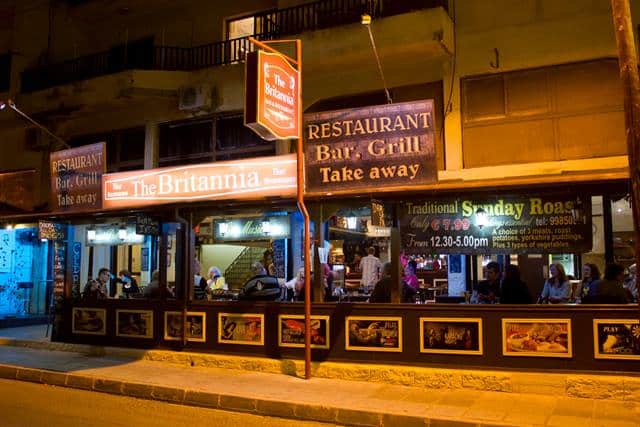 Tough new regulations have been brought in that restaurant and bar owners in Paphos must follow before they can receive their alcohol licences.

While most owners accept the need for the new criteria, which include electrical wiring upgrades, some say they have not been given enough time to make changes.

“It’s a good idea in theory, but there are many old buildings in Paphos. They are not giving time for work to be undertaken to bring them up to the level they want and it will be costly as well,” the head of the Paphos restaurant owners’ association, SYKAP, Fitos Thrassivoulou, said on Wednesday.

The association head said that this year it will be more difficult for owners to obtain their licences as new checks will need to be undertaken by the relevant authorities to issues certificates for electrical wiring and other criteria.

Any extensions, small storage areas and other building infringements will adversely affect a positive outcome, he said, adding that it is part of a wider plan to clean up the town.

There are around 300 restaurants, snack bars and other similar venues operating in Paphos and only around 70 have a drinks’ licence.

A meeting to discuss the issue is being held on Friday which is open to all industry professionals.

“We understand that the mayor and the municipality will inform all the relevant owners what they need to have in order to get their drinks’ licence,” he said.

Owner of the Britannia bar and restaurant in Kato Paphos, Neil Hart, said that he has always operated with a licence and agrees that the law must be followed, but pointed out that necessary upgrades should have been phased in.

“If the authorities had given people a year to undertake any necessary work, it would have been more feasible,” he said.

Hart said that when he recently visited the municipality to obtain his annual liquor licence, staff informed him that due to EU criteria, a new EMS certificate had to be issued by the Paphos public works department first, to state that the wiring of his premises, along with electrical appliances meet stringent standards.

“The fee for this isn’t much, but it’s the cost of bringing the premises up to standard,” he said.

Hart said that as the premises he rents are old his venue did not meet the required standard when inspected. He is now having to foot 50 per cent of the 2,000 euro bill along with his landlord, and work by a certified and registered electrician is already underway.

According to the government website, along with the usual certificates and permissions, such as a clean criminal record, a municipal sanitary certificate and a CTO licence, applicants must also provide a certificate of appropriateness issued by the public works department.

Hart said that there are also only a small number of electricians who are approved to carry out this work and that as hundreds of buildings will need to be upgraded may result in delays.

“Eighty per cent of the restaurants around here are old and so is the wiring. None of them will come up to standard without spending a lot of money. The timing for this is bad as well, as it’s’ the end of winter and no one has any money,” he said.

Hart will attend the meeting on Friday to gain as much information as possible, he said.

Thrassivoulou noted that although the meeting will be in Greek, English speaking business owners will be accommodated.