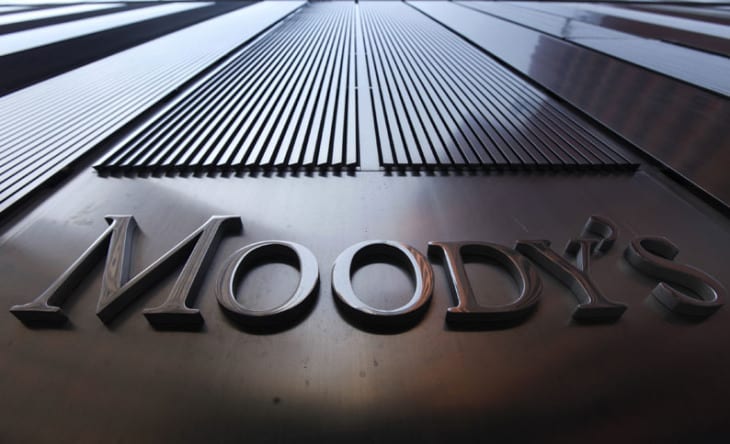 Strong economic growth – the highest growth rate since 2008 – is credit positive for Cypriot banks Moody’s ratings agency said on Thursday, noting however that despite the growth reduction of non-performing exposure will be slow.

According to Moody’s, Cyprus’ Statistical Service data showing that the country’s annual GDP growth rate had accelerated to 3.9 per cent in 2017 from 3.4 per cent in 2016 is positive for the banks because it supports asset values, improves the repayment capacity of a large number of defaulted households and businesses, and provides banks with increased lending opportunities, which will support their declining pre-provision profits.

The pick-up in economic activity strengthens businesses’ cashflows and improves labour market conditions for households — unemployment in Cyprus dropped to 9.8 per cent as in January 2018, from 10.3 per cent in December 2017, and 16.7 per cent in January 2015.

“Ultimately, the stronger GDP growth will enhance borrowers’ debt repayment capacity, facilitating loan restructurings, particularly in the small and midsize enterprise sector, which is more vulnerable to economic changes and benefits from an economic recovery”, the agency’s report said.

However, Moody’s noted the disconnect between the economy’s performance and the quality of retail loans, which has barely improved in the past three years of economic recovery.

This, according to Moody’s, suggests that a significant reduction in banks’ high stock of nonperforming exposures (NPEs), as defined by the European Banking Authority, will be particularly slow. Cyprus’ system-wide NPEs comprised 44 per cent of gross loans as of November 2017.

The Bank of Cyprus will gain the most given that it has the largest direct exposure to domestic real estate.

The bank had €1.6bln of foreclosed assets on its balance sheet as of December 31, 2017 and will be in a better position to sell them as a result of increased activity in the real estate market.

New lending opportunities will increase banks’ income-generating assets, supporting their net interest income, which declined 12 per cent in September from year-earlier levels, and their pre-provision profit.

“Notwithstanding the improving economic environment, it will take time for Cypriot banks to rehabilitate their balance sheets because of the long cure periods for restructured loans before they are reclassified as performing, and the substantial volume of distressed debt”, it said.

Moody’s added that the majority of NPEs are household loans that have improved little in recent years, despite economic growth which suggests that organic reduction of such NPEs will be particularly slow.

Consequently, excluding a national initiative currently being considered to support the restructuring of defaulted mortgages, the credit agency expects the Cyprus Cooperative Bank to have the most gradual improvement in its asset quality metrics because loans to households comprised 80 per cent of gross loans as of June 2017.