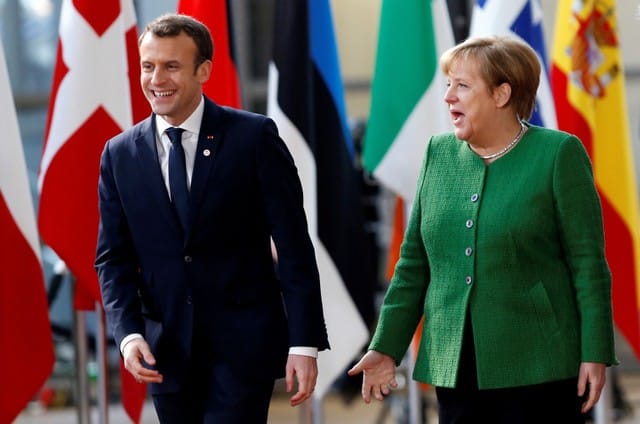 German Chancellor Angela Merkel heads to Paris on Friday enthusiastic about talks with French President Emmanuel Macron but at odds with him over the pace and scope of reforms to the eurozone project they both cherish.

Merkel, who finally took charge of her new “grand coalition” on Wednesday after nearly six months of talks, wants to fulfil the incoming government’s pledge to deliver a “New Start for Europe” in close cooperation with France.

Macron has waited impatiently for the Germans to form a government and is itching to press ahead with bold reforms to the eurozone, eager to make a start before Brexit and European Parliament elections in 2019 clog up the wheels of EU business.

“I am very pleased that France is coming forward very actively on the European stage again and that Emmanuel Macron is making proposals,” Merkel told broadcaster ZDF on Wednesday.

The chancellor, embarking on her fourth term in office, knows that Macron, in his first term, needs to succeed with his European reform drive, well aware that a large proportion of France’s electorate remains susceptible to far-right and far-left populists sceptical about the EU.

Merkel too wants to proof the eurozone against a repeat of the crisis that threatened the single currency project just a few years ago, but she faces a tricky balancing act at home.

Members of her conservative bloc are more reluctant than their centre-left Social Democrat (SPD) coalition partners about European integration, and allergic to the idea of pooling – or mutualising – risks and debts with other countries.

The differences played out earlier this week at a meeting of eurozone finance ministers, at which clear differences arose between French and German officials on completing a European banking union.

Despite the European Central Bank saying risks for banks have already been reduced enough for a European Union-wide deposit guarantee scheme, Germany wants other European countries to do more first to clean up their banks. 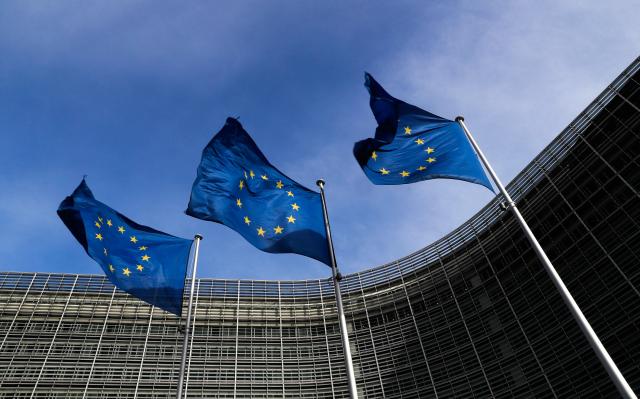 Merkel said on Wednesday Germany would go ahead with the banking union, even if it involved tough discussions.

French officials worry the window of opportunity for reform will close soon with Brexit, the parliament elections and a new Commission all due in 2019, and say Macron’s bigger ideas for a eurozone finance minister and budget are off the table for now.

One French official said that with crisis no longer threatening the eurozone, there was a tendency “to sit back and leave things as they are”.

“Given the opposition we’re already hearing from the Netherlands, the Nordics and other (eurozone) member states, the chances of finding common ground for further reform – even if France and Germany can agree on the steps they want to take – are slim,” the official added.

German officials acknowledge that some countries are ready to press ahead with reforms faster than others and see their role as ensuring the whole European project does not break up.

If the opportunity to reform before 2019 closes, another will open afterwards, they say. If she serves a full term, Merkel will remain in office until 2021, and Macron until 2022 – so both still have time to secure reforms.

Merkel said on Wednesday she expected to “mark out paths very quickly” to pursue with Macron.

Risking the ire of some in her own party, she also indicated a readiness – in the very long term – to consider issuing common debt once other countries have shaped up their economies.

“What is not on is to confuse liability and responsibility, or to simply mutualise debts without becoming competitive,” she said.

Our View: It has taken too long for our politicians to wake up to bad loans