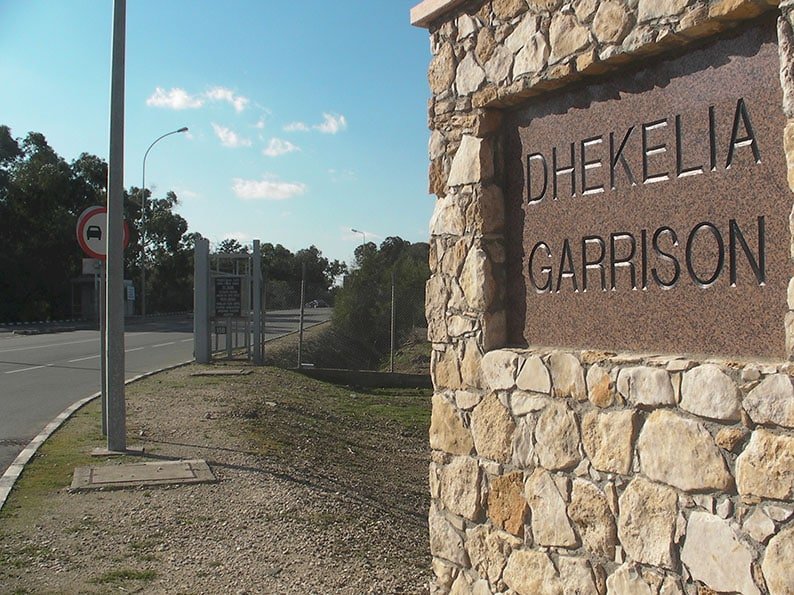 A Birmingham court on Thursday heard how a British soldier serving in Dhekelia, accused of being a member of banned neo-Nazi group National Action, had a swastika in his home.

When military and civilian police searched 25-year-old Mark Barrett’s accommodation at Alexander Barracks in September 2017 they found a hand-sized swastika and a notebook with another swastika on the front.

His wallet was searched when the soldier was arrested in Cyprus on September 5 but reportedly nothing incriminating was found inside at the time.

Speaking on a video link from Cyprus RAF police officer Sergeant Christopher Moss said during the arrest “He handed me a Santander debit card and car keys so they could be handed to his wife”.

But when the wallet was searched later by police back in the UK, two National Action leaflets were discovered inside, the court heard.

Following his arrest in Dhekelia Barrett was escorted by Corporal Thomas Dutton and a colleague to RAF Akrotiri, from where they flew to Brize Norton, Oxfordshire, and took him to a police station in Coventry.

The suspect, and two others on trial with him, deny any wrongdoing.

Waddling off with Mother Goose