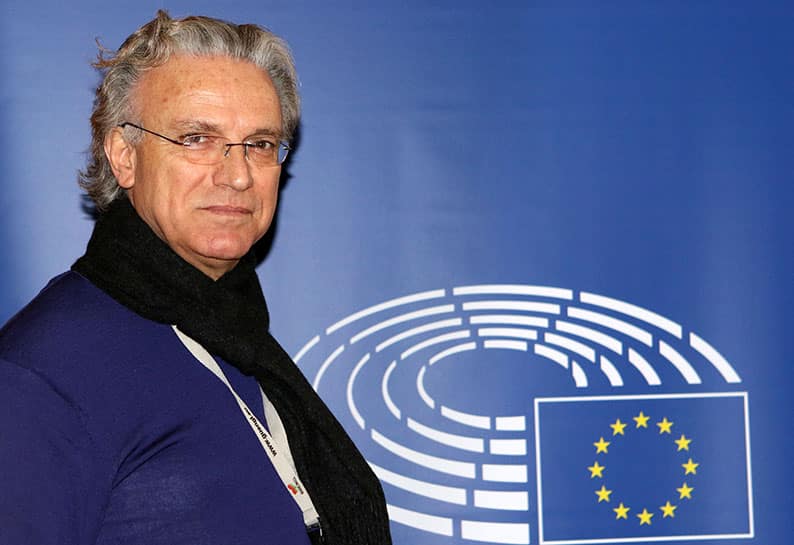 MEP Takis Hadjigeorgiou has called on all citizens who support the effort for reunification, Greek Cypriots and Turkish Cypriots, to take part in a visit by members of the Petitions Committee in the Turkish occupied city of Famagusta, in May.

In an interview with CNA the Cypriot MEP spoke among others, about his initiative to organise the second visit to Famagusta of the Petitions Committee of the European Parliament 10 years after the first one.

Hadjigeorgiou said that the upcoming visit in Fammagusta  by a delegation of the Petitions Committee on May 7 and 8, was his initiative. “I realised that ten years had passed since the first visit, a resolution was achieved which one could say was important but one should not rest on one’s laurels”.

A new visit, according to Hadjigeorgiou would have added value if Cypriots visit the city together with the MEPs on that day showing their support for a solution of the Cyprus problem.

“Let as not look to others for a solution of the Cyprus problem let us see if we believe in it,” he said.

Hadjigeorgiou calls on all Cypriots, not just people from Famagusta, to join MEPs that day to express their will for the city to be returned “but firstly to push for a solution of the Cyprus problem.”

He added that contacts will  also be held with Turkish Cypriots. The Famagusta municipality will be responsible for the organisation of the event in Cyprus, he said, adding that a municipal delegation is set to visit the European Parliament in the last week of March.

Varosha, was part of the once thriving holiday resort of Famagusta, on the eastern coast of Cyprus, has been fenced off since the 1974 Turkish invasion and according to the UN, the Turkish military is responsible for it. Repeated attempts to hand the fenced off area of Famagusta – known as Varosha – to UN administration and its Greek Cypriot legal inhabitants have so far failed due to the stance of the Turkish army.

On the Cyprus problem, he said that despite the fact that the ball is in Turkey’s court, “that does not mean that there is no capability to act on our part.”

In the EU, he points out, “because of the tragic situation of democracy in Turkey, pressures exerted on Turkey are increasing and this naturally strengthens our own efforts to defend our interests.”

He added however, that he does not believe that the EU can do much as regards exerting pressure on Turkey concerning the Cyprus problem, apart from issuing statements and resolutions in the European Parliament.

He was also dismissive of statements tweeted by EU officials or member states’ leaders. Real pressure, he said, can be exerted in a telephone call or a visit with Turkey’s president during which one can “analyse, explain, exert pressure.”

At the same time, he said he does not wish at all to downgrade the EU’s role.  “We can blame the EU for many things and we should where it is necessary, but one should consider where would Cyprus’ basis, our foundation, would be if we were not an EU member.”

The countdown to the haircut