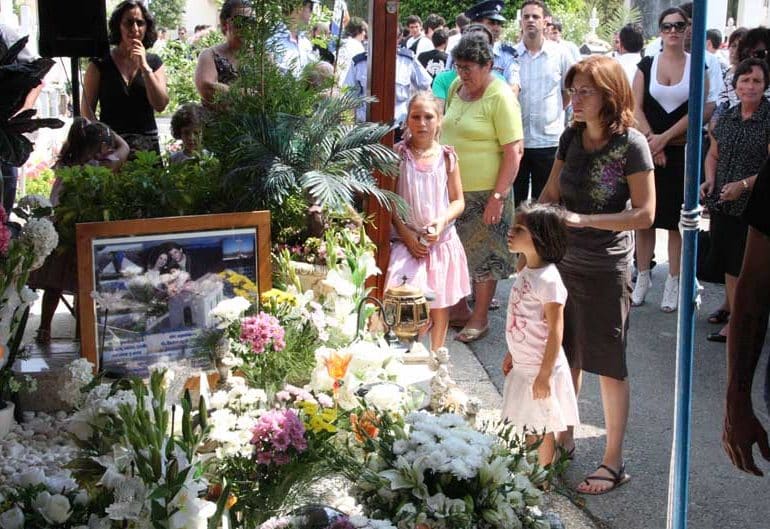 The haircut on bank deposits in Cyprus’ two biggest banks five years ago this month ensnared in its net the orphans of the Helios aircraft disaster, and their losses have come to symbolise like nothing else its the cruel, indiscriminate nature.

“It’s like they’ve killed their parents a second time,” a grandfather of one of the 33 children orphaned after the August 2005 Helios Boeing 737 crashed in Greece killing all 121 passengers and crew told the Sunday Mail this week.

The orphans have since been brought up by their grandparents, some of whom deposited at least a proportion of the children’s compensation money of around €1 million each with either the Bank of Cyprus or Laiki.

Like everyone else, those children who had their money with Bank of Cyprus in March 2013 lost 47.5 per cent of their deposits in excess of €100,000 while those at Cyprus Popular Bank, or Laiki, lost all their uninsured deposits.

“I didn’t expect they’d shave off money from underage children. These are people that should be protected, we’re talking about kids. They weren’t business persons,” one guardian of an orphaned child told the Sunday Mail.

After a long battle, the cabinet in September 2016 decided to partially compensate the Helios victims that lost their insurance money, providing €3m in assistance.

But this is just about a third of the €8.8m that was shaved off and was distributed among 37 recipients, nine of whom were minors and the remaining 28 who were orphans over the age of 18 and other relatives.

The money is being paid in five equivalent installments, starting from 2016, with the exception of amounts below €25,000, which were paid in one installment at the time.

Some relatives, glad to see at least a portion of their lost money returned, would only speak to the Sunday Mail on condition of anonymity, as they said they’ve had too many upheavals and didn’t want to risk causing an upset that might hinder the process.

But George Nicolaou is quite prepared to go on the record. He lost his son, daughter-in-law and granddaughter in the crash. Now in his mid-sixties, he and his wife after their 14-year-old grandchild, orphaned after the crash, he asks the question so many asked in the aftermath of the haircut.

“Did you see any of the higher ups have their personal deposits shaved off? The president, his ministers, the archbishop? Tell me one that lost money.”

Nicolaou has given up. “Whatever you say to them, they’re not moved by anything.”

Though a portion of the money is being returned to his grandchild, deep down, he doesn’t believe he’ll get any more back.

“We’ve digested it now. It is what it is…. As if any of those sharks would care.”

One grandmother lost her only son in the plane crash. His wife and daughter also died, and now the grandparents are the guardians of a 15-year-old girl.

“I don’t think we’ll get it all back. I have my doubts but I want to stay in their good books.”

Another grandfather, who also spoke on condition of anonymity, said the relatives were helped by commissioner for humanitarian affairs Fotis Fotiou and secretary to the Council of Ministers Theodosis Tsolias through a committee set up examining humanitarian matters – including those of Helios.

Nonetheless, it was a procedure. “We exerted pressure, sent letters, went on TV. I don’t know if this contributed.”

But the sense of injustice has been deepened since it emerged that the bank workers union Etyk, which staged demonstration after demonstration, managed to secure the return of at least 75 per cent of their provident funds (for some beneficiaries it was) that were seized during the haircut, clawing back €486m from the government.

This is in stark contrast to the 35 per cent that Helios relatives got back.

In the eyes of the state, the relatives have fallen victim to the misfortune of ‘choosing the wrong bank’ so to speak. That is, those who they put the compensation money in Hellenic Bank, or a co-op, sustained no losses.

The essence of provident funds however does not work this way. The Helios case is seen as a humanitarian issue while that of Etyk is a labour dispute.

One of the members of the committee dealing with the Helios case explained that each case of the Helios relatives was looked at individually.

“It’s not quite 75 per cent up against 35 per cent because the Helios cases were looked at one-by-one. They didn’t all get the same amount.”

Although pleased that the government has taken steps forward, the grandfather believes it should have been obvious from the start that the orphans should be exempted from the haircut.

“This money is holy. It’s the life of their parents, €1m given to each kid to compensate for losing their parents. You can’t come and take it.”

A source from the committee told the Sunday Mail that the €3m doesn’t mark the end of the road and if more financial assistance can be given in the future, then it will be examined.

Adding salt to the wounds of the relatives are the accusations that have been slung about since the haircut that people ‘in the know’ removed their money from Cyprus to accounts abroad before the Eurogroup decision while the grandparents weren’t allowed to access the children’s accounts.

When insurance companies paid the compensation, the money went straight to bank accounts under the names of the orphaned children.

To access the money, relatives would have had to go through a long procedure including a court order.

“We couldn’t even access the money and then they came and took it?”

The grandfather says he feels a lot of bitterness and injustice but at least “they’re doing something. They’re trying to fix it.”

He also welcomes the scholarship fund, set up for the orphans of the Helios and Mari disasters, as a source of future help for his grandchild.

The grandmother recalls a meeting with a foreign ministry official after the haircut had taken place and asking “didn’t they know these kids are orphans?”

The response she got was that the “troika doesn’t look at ages and people. Just numbers.”

“What can I say?” she asks. “They stole that money from a kid. What can I think? What can I say? But I only say these things to myself. I tell no one because I don’t want to risk losing more (money).

Where is the evidence against Putin?