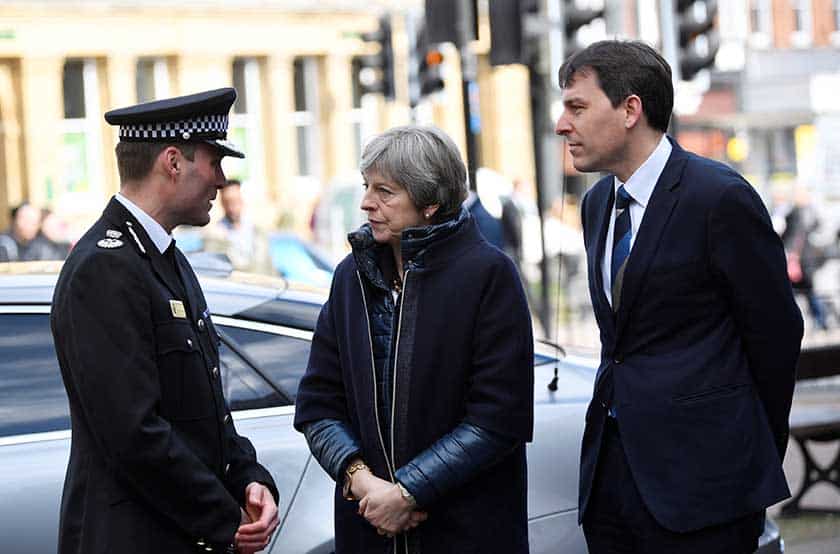 The last time a British ultimatum was ignored was by the Nazis on September 3, 1939. Britain had sent a note to Germany demanding an undertaking to withdraw German troops from Poland by 11 o’clock the same morning or Britain would go to war. Hitler failed to respond and a state of war flowed from the terms of the ultimatum.

The ultimatum given to Russia earlier this week to explain the nerve agent attack on British territory or face a robust response was calculated to build a case against Russia rather than obtain compliance. The idea that the allegation against Russia is proved by her failure to provide an explanation for the attack in Salisbury is for the birds.

You do not prove a case by an ultimatum of the ‘when will you stop beating your wife’ variety. Russia is a nation of chess players, and if their chess is anything to go by they were never going to fall for amateur tactics. Their style is positional and strategic which makes it difficult to outmanoeuvre them by tactics alone.

What Russia’s failure to comply shows, thirty years after the collapse of the Soviet Union, is resurgent pride. ‘You do not speak to Russia in the language of ultimatums’ is how Russia’s foreign minister reacted and it speaks volumes.

Had it been shown that the Russian state intentionally deployed a military grade nerve agent on British soil exposing the people of Salisbury to its lethal effects, the language of ultimatums would have been appropriate. The trouble is there is no evidence in the public domain about who deployed the nerve agent in Salisbury. It is said there is scientific evidence linking Russia to the nerve agent called Novichok. We are told that it is a military grade nerve agent with a very specific composition and that its make-up is so unique it can be traced with precision.

The case against Russia is that the evidence recovered from the scene of the crime is of the nerve agent Novichok. Russia has form for killing defectors living abroad and the victim was a traitor, consequently there is a case to answer and Russia’s failure to answer it makes it likely she is culpable.

However, the fact that the nerve agent originated from a Soviet source does not necessarily implicate Russia as she is not the only country that comprised the Soviet Union. Ukraine and all the Baltic states were also part of it, as were many others.

Russia assumed control of the Soviet Union’s weapons of mass destruction programmes as the successor state. Russia also succeeded the Soviet Union as a permanent member of the UN Security Council with the agreement of the West, precisely because she had been the most important state of the Soviet Union that could be relied on to control its WMD.

But Jeremy Corbyn, leader of Her Majesty’s opposition in Britain, is both courageous and wise to question the case against Russia. He argues that there is a real possibility that rogue elements linked to Russia’s enemies in the former Soviet Union may be engaged in provocations – the spy game frequently invoked and feared by President Vladimir Putin. Provocations are acts perpetrated by states that have issues with Russia done to provoke negative responses from Nato against her.

When Syria allegedly gassed her own people in violation of President Barack Obama’s red-line in 2013, Putin called it a provocation by those who wanted to provoke the Americans into removing President Bashar Al Assad, Russia’s only ally in the region.

President Putin is not just prepared to claim provocation in defence of accusations made against Russia. For example, he seems to have accepted that the Turkish downing of a Russian jet fighter in 2015 may have been a provocation. Importantly, he also accepts that the murder of the Russian ambassador in Ankara in 2016 was a provocation.

Contrast Putin’s cool calm approach with the rush to judgement of the British foreign secretary that the Russian president must be personally responsible and the hysterical outburst of the defence minister telling the Russians to put up or shut up. They should both be asked to attend the World Cup in Russia in June to apologise or face the sack.

The British should take a leaf out of the book of Turkish diplomacy. After the Turks shot down a Russian fighter, Erdogan wrote a friendly letter to Putin and got a mutual friend, President Nursultan Nazarbayev of Kazakhstan, to mediate and his relationship was back on track in record time. President Donald Trump could do a Nazarbayev for Britain if the evidence proves that the deployment of Novichok was not done by the Russian state.

The target of the attack in Salisbury was Sergei Skripal a Russian double agent exchanged for Russian spies in the West. Although double agents are seen as traitors and loathed by their former colleagues, there is honour among spy agencies when it comes to their safety because the mechanism of exchange enables such agencies to get their own people back.

The spy Kim Philby was the most high-ranking British double agent recruited by the KGB. He was a very English spy who defected to the Soviet Union in 1963. When asked by a British journalist what he missed most about England he said Lea and Perrins and Marmite. But as MI6 closed in on him while he working as a journalist in Beirut, the KGB arranged for a boat to help him get to Russia where he became a colonel in the KGB and lectured on espionage against Britain, his passion for Lea and Perrins notwithstanding.

The esprit de corps among former intelligence officers persists after they leave the service and President Putin is still a member of the Russian intelligence community. As such he would say things like he hopes traitors living in other countries ‘kick the bucket’. Such comments are of no evidential value against Putin. It is the sort of thing any member of the Russian and British intelligence community would say, especially about traitors like Philby whose treachery resulted in many deaths in the field.

Besides, Vladimir Putin was prime minister when Sergei Skripal was swapped in 2010. This is strong exculpatory evidence. Why would Putin risk staging a successful World Cup of a sport he loves by taking out a retired double agent whom he let go eight years previously?

If Putin was prepared to exchange him in 2010 even though he was guilty of treason, he must have thought Skripal was small fry. This should give pause for thought because not only does it undermine any conceivable motive of Russia to kill him, it also provides evidence that rogue elements may be trying to frame Russia and using a nerve agent on the streets of Britain to do so.

Apparently Britain and her allies accept that the Russian state may not have been responsible for the deployment of nerve agent in Salisbury. They seem to be saying that Russia is culpable because she lost control of a dangerous military grade nerve agent. If Russia is culpable for losing control it is extremely important to know more. Did this occur at the time the Soviet Union fell apart? No evidence has been made available to the public about the time and the place the Russians lost control of her stockpile of military grade nerve agent.

An ultimatum would have been appropriate if Britain was sure the Russian state was responsible for the deployment of the nerve agent but not if the evidence only points to loss of control after the collapse of the Soviet Union.

It is in everyone’s interest for quiet diplomacy to help clean Salisbury of Novichok if there are still traces of the nerve agent and help prevent further contamination.

The fact that Russia has form for taking out dissidents living in Britain would only assist if the other evidence is strong, which it isn’t. At present the evidence is entirely circumstantial which is only probative if it compels only one conclusion. Hand on heart I can’t say the evidence in the public domain at present leads anywhere near the Kremlin.

Trump’s foreign policy, perhaps not so simple after all