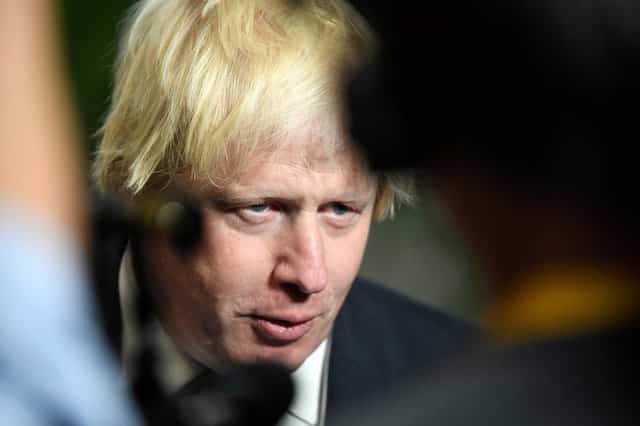 Britain’s foreign minister won further support from the European Union and Nato on Monday over a nerve agent attack on a former Russian double agent as he denounced Moscow’s denials of involvement as “increasingly absurd”.

Johnson discussed the attempted murder of Sergei Skripal and his daughter Yulia at a session of EU foreign ministers, which he addressed, and in a meeting with Nato Secretary-General Jens Stoltenberg after statements of solidarity last week by a host of Western governments.

“The European Union takes extremely seriously the UK government’s assessment that it is highly likely that the Russian Federation is responsible,” the statement said.

Russia, including its president, Vladimir Putin, denies any involvement.

Johnson said he saw a “classic Russian strategy” as he arrived for the EU meeting, a day after Putin was re-elected for another six-year term as president.

“There is scarcely a country around the table here in Brussels that has not been affected in recent years by some kind of malign or disruptive Russian behaviour.”

Stoltenberg echoed that position, saying: “Russia will continue to seek to divide us.”

Swedish Foreign Minister Margot Wallstrom meanwhile accused the Russian Foreign Ministry of deliberately sowing confusion by suggesting the nerve agent used in the attack on the Skripals might have come from Sweden.

“This is just ridiculous and totally unfounded,” Wallstrom said. “I think they are trying to divert the real issues here.”

Moscow on Saturday announced the expulsion of 23 British diplomats in a tit-for-tat response to Britain’s decision last week to expel the same number of Russian diplomats from London.

The couple were found unconscious on a bench in the English city of Salisbury on March 4 and remain in a critical condition in hospital.

Asked what support Britain had requested from the EU and NATO to counter Russia, Johnson said he was seeking to intensify work on a range of strategies, such as defences against Russian attacks on computer networks, challenging disinformation campaigns and acting against criminal financial networks.

“There are things we can and must do together,” Johnson said, adding that Britain was “going after the money that has been illicitly or corruptly obtained,” without giving details.

While there was no immediate prospect of further sanctions on Russia, British Prime Minister Theresa May will have an opportunity to present her case for any such measures at an EU summit on Thursday, or call for others to expel diplomats.

“We need to put pressure on Russia to take part in a real enquiry about the attack,” Belgian Foreign Minister Didier Reynders told reporters.