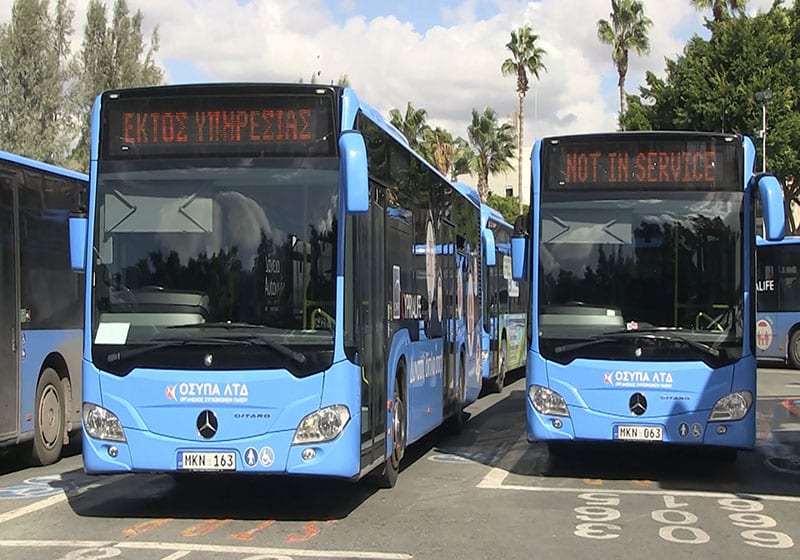 The 48-hour strike by Limassol bus drivers on Tuesday raised the problem of government overpayments to public transport companies leading to a spat between the transport ministry and the auditor general on who’s to blame.

Auditor-general Odysseas Michaelides refuted criticism by the permanent secretary of the transport ministry Alecos Michaelides that he too bares a share of the responsibility concerning overpayments to bus companies, as the former head of the same ministry’s audit department.

On the contrary, he said, he had on several occasions called for a halt to the payments made to bus companies during his stint at the ministry which had also made him a persona non-grata among those companies.

The spat was sparked by references on Tuesday on state broadcaster CyBC radio to a letter the auditor-general sent to the transport ministry concerning millions in overpayments to bus companies and inaction for their recovery. The auditor general warned in the letter that he would refer the transport ministry’s permanent secretary to the attorney-general for possible criminal offences.

Alecos Michaelides said he would refer the auditor-general to the AG, as “he is not without his share of responsibility as former head of the audit department until 2014”.

He added that management of public transportation was under the department of road transport until 2015 when responsibility was transferred directly under his ministry. The biggest chunk of overpayments made, he said, was between 2010 and 2014.

“In 2015 we intensified controls and discovered the overpayments. It is us that discovered the problem and tried to recover that money, and now we are being blamed for it? It was the responsibility of others,” he said.

He added that his ministry sought the advice of the AG and had a meeting with President Nicos Anastasiades last year in the presence of the auditor general and it was decided to appoint experts to see exactly how much money had been overpaid.

All bus companies received overpayments, he said, but the worst cases are Paphos’ Osypa and Intercity buses.

He added that he feels the auditor-general has it in for them, over possible misunderstandings.

“But perhaps it is a pre-emptive strike to conceal his own share of the responsibility,” he said.

The transport ministry is already deducting an amount from the subsidy it pays to bus companies.

“We are deducting far more than the auditor-general suggested,” Michaelides said.

In response, Odysseas Michaelides said this claim was “a lie” and “unheard of”.

The auditor general expressed “sadness” over the permanent secretary’s comments.

Michaelides said that he had several times expressed disagreement with payments made to bus companies and had often called for their halt, leading to strikes.

He said that when in 2012 the cost per kilometre was calculated, the condition was that bus companies had to submit a number of data to justify this, but they did not.

In 2014, Michaelides said, when he was leaving the transport ministry he had prepared a strict letter to bus companies telling them “unless you submit what you have promised, the payments will be halted”.

He said that the audit office, in its letter to the transport ministry makes a remark on the inaction of the last two years. He said that his service found that Alecos Michaelides has accepted the data submitted by the Paphos company to be true despite the disagreement of the coordinator of the contract.

“He (Michaelides) personally decided that for January, February and March of 2018, not only not to deduct from the payments due so that we can recover the overpayments, but instead of €250,000 to give €450,000 per month,” the auditor general said. He said that €250,000 is the amount provided without any deductions.

The transport ministry ought to draft a plan to recover the overpayments, he said.

‘Investment not sale of Co-op’