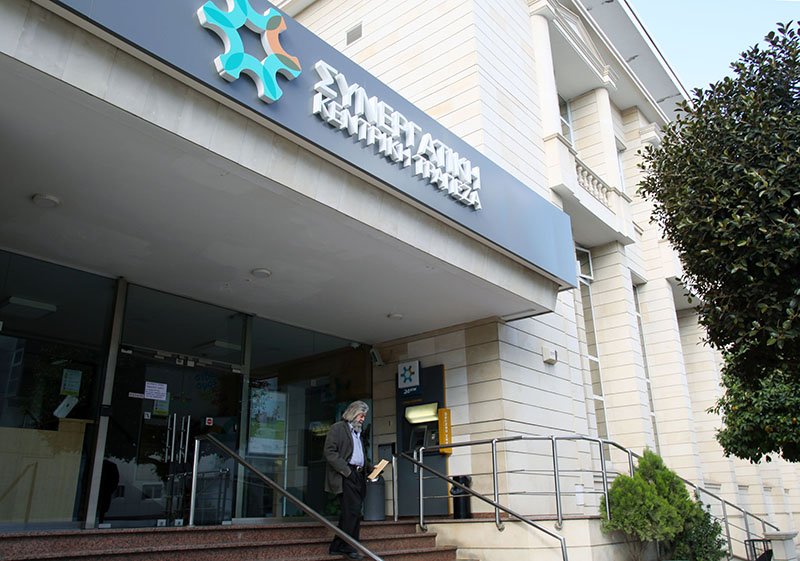 Opposition parties were furious on Tuesday over the government’s move to put the Co-op Bank under the hammer without telling the House, they said.

The bank was recapitalised with almost €1.7bn in taxpayers’ money in 2014 and 2015, but it is struggling with some €6bn of non-performing loans, accounting for more than half of its portfolio, which is filled with primary residencies that the current foreclosures and insolvency laws makes difficult for the bank to move against. In 2017, co-ops extended the collateral recovery period to seven years, a move that cost €150m in provisions.

Main opposition Akel spokesman Stefanos Stefanou said the government’s tactic had been to hide its real intentions “behind various promises”.

“Initially, the Anastasiades administration promised to return the bank to its owners. Later, they committed to returning the co-operatives to the people. They prepared a plan to list on the stock exchange but he did not even keep that promise,” he said.

“The government, as the main shareholder of the Cyprus Co-operative Bank, has sole responsibility towards society for the decisions and actions that have taken place and which lead to the sale and the loading of the damage onto the shoulders of taxpayers.” It was just another method of selling out the public wealth, the party said. “With their actions they rolled out the red carpet to foreign investors,” it added.

Green Party leader Giorgos Perdikis called for urgent debate on the issue at the House Watchdog Committee on Thursday. In statements at parliament, he said: “We have called the co-operative management, the treasury, the central bank, and the auditor-general to the watchdog committee meeting next Thursday to be informed about the unannounced government decision that has created panic in society and in the economy,” Perdikis said.

He then urged people not to panic but acknowledged that the public no longer trusted reassuring statements from politicians. He said the situation needed to the dealt with “reasonably and prudently”.

“But there are many questions about the timing the government has chosen… and its motives about what its real plans are,” he added.

Perdikis said the finance minister had has the chance last Thursday to inform the House about the government’s plan but he had failed to do so.

“It is therefore urgent to provide information on the government’s intentions and on what the real situation is,” he said, adding that a sell-off might well be the only solution but that wasn’t the point.

“Those who are responsible for creating this situation must be held accountable,” he said.

The Citizens Alliance and socialist Edek made similar comments. “The government always lacked a meaningful plan”, for the co-op, the former said. “This is the result of inefficient management and dogmatic beliefs,” it added. “We urge the government to suspend the sale process and expect the completion of efforts for a solution for non-performing loans.”

Edek said that “unfortunately”, the concerns that existed around the negative course of the Co-op appear to have been confirmed and “contradict the past weeks of the government’s insistence that the banking sector is perfectly healthy and therefore there is no risk in terms of its operation”.

In defence of the government, ruling Disy leader Averof Neophytou said decisions had to be taken on the future of the Co-op Bank as soon as possible “to reduce risks and costs to the banking sector”.
Neophytou said that to solve a problem you must first acknowledge it.

“We have a problem in general with the banking system with non-performing loans” which is a problem for sensitive social strata, but also puts a great deal of pressure on the financial sector,” he said.
He added that “cost-free solutions do not exist”.

“We should, with responsibility and seriousness, continue to take decisions as soon as possible to reduce risks and costs.”