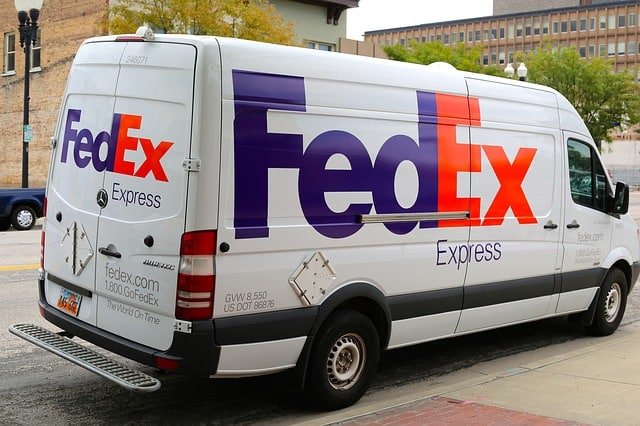 A parcel packed with nails and shrapnel blew up on Tuesday at a FedEx Corp center near San Antonio, Texas, injuring a worker, before a second booby-trapped package was intercepted in Austin – the latest in a chain of bombings that have killed two people.

The two FedEx bomb incidents hours apart on Tuesday morning brought to six the number of explosive devices – five of them detonated – that have come under investigation in Texas this month as the work of a suspected serial bomber.

Baffled investigators have taken the extraordinary step of issuing public appeals through the media asking that whoever is responsible to at least come forward with a demand or an explanation.

Adding to tensions, police and federal agents said that a third package they described as an “incendiary device” went off Tuesday evening in Austin, the Texas capital, injuring a man there.

But police and the U.S. Bureau of Alcohol, Tobacco, Firearms and Explosives (ATF) said they had no reason to believe that incident, reported to have occurred at a thrift shop for the charity Goodwill Industries, was related to any of the others or the act of a “copy cat.”

All but one of incidents have occurred in Austin. The exception came early on Tuesday when a package filled with nails and metal shrapnel exploded at about 12:30 a.m. on a conveyer belt at FedEx distribution center near San Antonio, knocking a female employee off her feet, officials said.

The package was being sent from Austin to another address in the city and passed through a sorting facility in the town of Schertz, about 65 miles (105 km) away. Authorities said the worker was treated for her injuries at the scene.

Later in the morning, authorities were alerted to a suspicious package at a separate FedEx facility in Austin. Police and federal agents called to the scene found the package contained a bomb and it “was disrupted by law enforcement,” according to a joint statement from Austin police, the ATF and the Federal Bureau of Investigation.

No injuries were reported, the statement said.

The three agencies said investigators had determined that the two FedEx bombs “are connected” to the four other bomb blasts that occurred between March 2 and March 18 in Austin, killing two people and injuring four others.

But ATF and police said the incident Tuesday evening in south Austin “does not appear to be related” to the previous bombings. Local emergency services officials said the victim, a man in his 30, was treated for minor burns and released.

A FedEx manager told Reuters the company would begin conducting special safety screenings of packages at its facilities in Schertz and Austin where Tuesday’s incidents occurred.

Speaking through the media, officials have appealed to the bomber to reveal the motives for the attacks and have asked the public for any tips, offering a $115,000 reward for information leading to an arrest.

“Somebody has to know something,” FBI spokeswoman Christina Garza said. “The person behind these explosives, please, we want to know why.”

“This is obviously a very, very sick individual, or maybe individuals,” President Donald Trump told reporters. “These are sick people, and we will get to the bottom of it.”

The four previous explosions killed two people and injured four others, unnerving residents of Austin, a city of some 1 million people. The first bombings occurred as the state capital was hosting the annual South By Southwest music, film and technology festival

The first three devices were parcel bombs dropped off in front of homes in different Austin neighborhoods. The fourth went off on Sunday night on the west side of the city and was described by police as a more sophisticated device detonated through a trip wire.

New free ‘welcome’ magazine to be offered at island’s airports