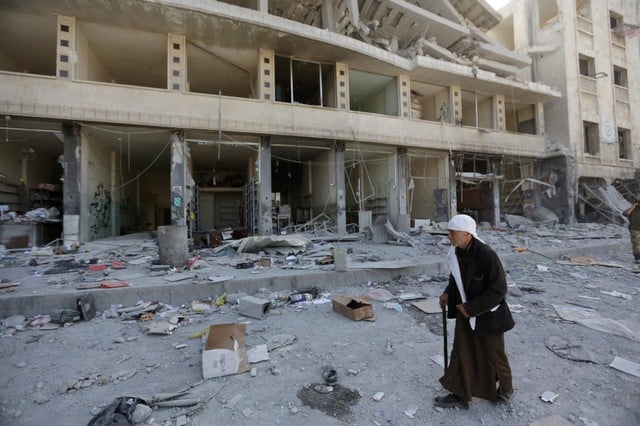 The United Nations called on Turkey on Tuesday to end the state of emergency in place since July 2016 that it said had led to widespread human rights violations including the arrest of 160,000 people and dismissal of nearly the same number of civil servants, often arbitrarily.

Turkey responds: Turkey on Tuesday slammed the United Nations rights report on its state of emergency as rife with unfounded allegations and said the criticism chimed with propaganda efforts of terrorist organisations

President Tayyip Erdogan declared the emergency after a failed July 2016 coup and issued more than 20 decrees which have often led to torture of detainees, impunity and interference with the judiciary, the U.N. human rights office said.

Turkey should “promptly end the state of emergency and restore the normal functioning of institutions and the rule of law,” it said in a report.

“The sheer number, frequency and lack of connection of several decrees to any national threat seem to … point to the use of emergency powers to stifle any form of criticism or dissent vis-à-vis the government,” it said.

The Turkish government blames the network of Fethullah Gulen, a U.S.-based Muslim cleric, for the failed coup attempt during which 250 people were killed. Gulen has denied any involvement in the coup, however.

Nearly 160,000 people have been arrested and 152,000 civil servants sacked, “many totally arbitrarily”, in the past 18 months, he said in a statement.

“Teachers, judges and lawyers dismissed or prosecuted; journalists arrested, media outlets shut down and websites blocked – clearly the successive states of emergency declared in Turkey have been used to severely and arbitrarily curtail the human rights of a very large number of people,” Zeid said.

The 28-page report documents the use of torture and ill-treatment in custody, including severe beatings, sexual assault, electric shocks and waterboarding by police, gendarmerie, military police and security forces.

In southeast Turkey, it said that “massive and serious” human rights violations continued to be committed by security forces. These included killings, torture, excessive use of force, and destruction of homes and Kurdish cultural heritage.

The U.N. rights office called for full access to be able to assess the situation in the region.

New free ‘welcome’ magazine to be offered at island’s airports