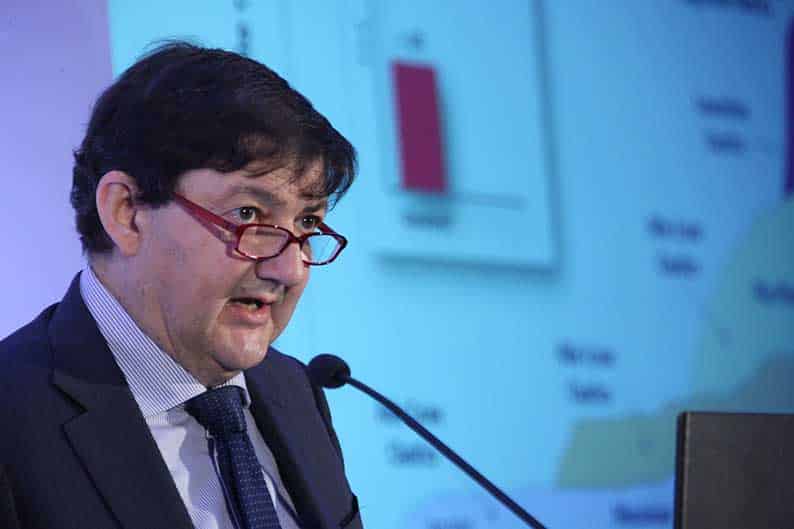 The consortium of ENI and Total is considering searching for more natural gas in offshore blocks 6 and 11, a senior executive of the Italian firm said on Wednesday.

Bertelli underlined the significance of the results of the consortium’s exploratory drills at two targets, dubbed Onisiforos and Calypso – noting that the drills there have confirmed the presence of hydrocarbons formations in carbonate layers similar to Egypt’s massive Zohr gas play.

In particular, the Calypso well in block 6 contains “almost pure methane”, confirming the potential for more gas discoveries in the region.

Announcing the preliminary results of the drill at Calypso last month, the Italian company said it believed the well could hold around 6 to 8 trillion cubic feet of gas.

Should these preliminary results be confirmed, said Bertelli, his company will be exploring options for monetising the find.

The fastest and cheapest way to do that is to utilise idle processing plants in Egypt, where the gas would be liquefied for export to Europe or to regional markets like Greece and Turkey.

Bertelli noted that more gas discoveries are needed to ensure there will be sufficient quantities over the long term. That would also make planned projects – like a pipeline linking the East Mediterranean with Europe – viable.

But he cautioned that “pragmatic, realistic” steps are needed because “the area is geopolitically complex”.

He did not elaborate, although it’s understood he was alluding to the dispute over hydrocarbons between Cyprus on the one hand, and Turkey and northern Cyprus on the other.

In February Turkish warships, claiming to be carrying out exercises, prevented a drillship contracted by ENI from reaching a site in block 3. The company was eventually forced to cancel the planned drill.

Turkey does not recognise the Republic of Cyprus, nor therefore the latter’s jurisdiction over its EEZ.

Ankara has repeatedly warned Cyprus against taking “unilateral steps” in exploring and developing hydrocarbons without factoring in the Turkish Cypriots.

In September 2001, Turkey and the north signed a ‘continental shelf delineation agreement’.

Pardon for killer driver who escaped justice for 10 years