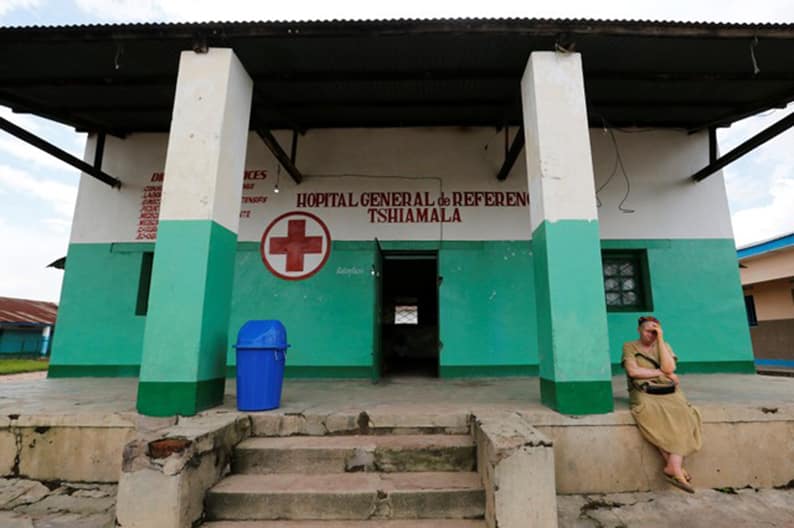 The guns have fallen silent in the Congolese town of Mwene Ditu, but each day starving children arrive at the small hospital there battling for their lives.

Justine Musau, pregnant with her second child, fled into the forest in the central Kasai region last year after militiamen arrived in her nearby village and started decapitating residents they accused of collaborating with government forces.

“We didn’t know who had gone where,” she said, holding her four-year-old daughter close to her chest. Nourished only by the occasional serving of cassava, her two children had fallen ill from the lack of nutrients, she said.

“We went to sleep famished for three or four days at a time. We didn’t have pots or pans to prepare (food) so we had practically nothing to eat.”

Fighting between the army and the Kamuina Nsapu militia went on for about a year in the generally peaceful region’s worst outbreak of violence in decades. As many as 5,000 people were killed and an estimated 1.5 million forced from their homes.

Hostilities broke out in August 2016 when Congolese forces killed local chief Jean-Pierre Mpandi, who had demanded their withdrawal from Kasai.

Both sides committed atrocities, according to witness testimonies gathered by Reuters and the United Nations.

Security forces gunned down women and children in door-to-door raids and militiamen burned down houses and cut off alleged government sympathizers’ heads, feeding the blood to their young fighters as part of gruesome initiation rituals.

The deployment of more government troops into Kasai has largely put a stop to the violence, and hundreds of thousands of civilians are now returning home.

But as they do, hunger and disease are eclipsing guns and machetes as the region’s most prolific killers.

About 400,000 children in Kasai suffer from severe acute malnutrition, roughly the same number as in civil war-ravaged Yemen, according to the United Nations children’s agency (UNICEF).

Only 13 per cent receive medical attention “because there is not enough financing or attention,” said Christophe Boulierac, a UNICEF spokesman.

While a cholera epidemic that has already killed more than 100 people also rages, the fields that grow the cassava and maize the population depends on to survive lie barren from months of neglect.

The crisis in Kasai is one of several gripping Congo, where President Joseph Kabila’s refusal to step down when his mandate expired in December 2016 inflamed a combustible mix of ethnic grievances and competition over land and mineral resources that has fuelled years of conflict.

In all, over 13 million Congolese need humanitarian aid, twice as many as last year, and 7.7 million face severe food insecurity, up 30 percent from a year ago, the U.N. said in a report this month.

Aid groups say they have only a fraction of the $1.7 billion they need this year, so many of those returning home hungry and destitute find they are left to fend for themselves.

“After a month in the forest, we heard people cry out, ‘Leave the bush, the Kamuina Nsapu have left,'” recalled Justine Mulanaga, who had come to the hospital with her two young grandchildren.

“We left the forest to return to the village but everything was destroyed,” she said. “We didn’t even find a glass or a plate.”

Suspended sentence for student over attack on Turkish Cypriots