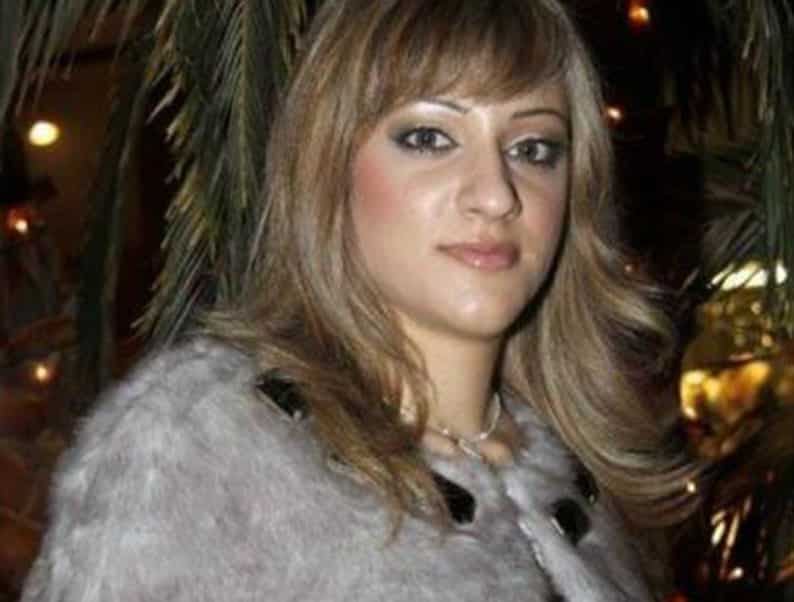 Hit-and-run convict Efi Herodotou walked out of prison a free woman on Wednesday after receiving a presidential pardon, five months before her sentence was due to end.

Thirty-year-old Herodotou was sentenced to two years in jail last August for a crime she had committed 10 years previously when she ran a red light in 2007, hitting and consequently killing 17-year-old Emilios Ioannou who was on his moped.

When authorities decided to look into the case properly after an initial slap-on-the-wrist sentence in 2009, Herodotou fled to Greece with her family in 2011.

She had been on Interpol’s most wanted list for years until she and her family were arrested in January 2017.

Herodotou’s mother was also released from jail earlier this month, one of the scores of convicts that received a presidential reduction in their sentences after the elections.

Herodotou is also a beneficiary. Her two-year sentence started from her arrest last January, but she was already due to be released in August this year. The presidential pardon has now given her a get out of jail free card sooner than expected.

The accident in Limassol took place in the early hours of December 27, 2007. Although Ioannou was wearing a helmet, the boy died and Herodotou, who was 20 at the time, fled the scene.

A woman who saw what happened chased Herodotou and managed to catch up with her, blocking her way. She later proved to be a crucial witness in the original case in 2009 that was marred by tampered evidence, discredited witnesses lying under oath and even a state attorney who was forced to resign.

She faced four charges at the time – causing death by reckless driving, abandoning the scene of the accident, driving under the influence of alcohol and running a red light.

Three charges were dropped and she was found guilty only of abandoning the scene for which she was sentenced to a two-month prison sentence, suspended for three years.

But in 2011 the case was reopened when the truth of the original cover up came to light. Herodotou then fled the country and lived with her parents in Greece where she obtained a degree in psychology.

Though her whereabouts weren’t particularly secret – she even had a registered tax address in Greece – it was not until January 2017 that her parents were arrested in Greece. Shortly afterwards, she turned herself in after years of futile arrest warrants and her trial at Nicosia district court began.

In his ruling last summer, the judge said there was no doubt she knew she was wanted by authorities in Cyprus but made a conscious decision to stay away.

Her decision to deny legal responsibility in her trial last year incensed public opinion that fumed over the injustice of her being allowed to roam scot free in Greece.

The victim’s friends and family kept a dignified stance throughout the decade of their ordeal, sharing only their plight but maintaining that the accident could have happened to anyone.

The mother of the 17-year-old had even said she would’ve hugged Herodotou if she admitted she committed the crime.

In her trial last year, Herodotou was handed a two-year prison sentence for reckless driving and running a red light in her car. The sentence started from the date of her arrest.

Her father Herodotos, 62, a former national guard officer was sentenced to prison for three years. Her mother, Nitsa, 57, was given 18 months. They were both found guilty of five charges – perjury, inciting a witness to perjury, forgery, circulating forged documents, and using counterfeit evidence in their daughter’s initial court case.

People close to the case have argued her father’s connections through his job and close affiliations with important politicians were central to the help they received for the past 10 years.

In the eyes of cynics on social media on Wednesday, her early release was only to be expected.

“I’m sure this was arranged before she even handed herself in,” one Facebook user said.

While Ioannou’s family kept silent, one commentator said: “in Cyprus, my dear fellow citizens, you can commit a crime and when you know the right people, evade the law.”

“It is understandable she did not intend to kill. It is unacceptable and inexcusable that she abandoned the victim and had there not been a witness, she would have gone home like a lady. It is also unacceptable that she left the banana Republic of Cyprus through political favours and bribery. All hail Cypriot justice.”

Another convict, Giorgos Zavrantonas also received a presidential pardon and was released from prison on Wednesday. He had been sentenced to seven years in prison in 2014 for attempted murder.

This marks his third presidential pardon after he was sentenced to jail twice – once in 2005 and once in 2010.

The condition of his second pardon was to stay out of the country for 10 years but after he disobeyed it, he was tried again and sentenced for his previous run-ins with the law.