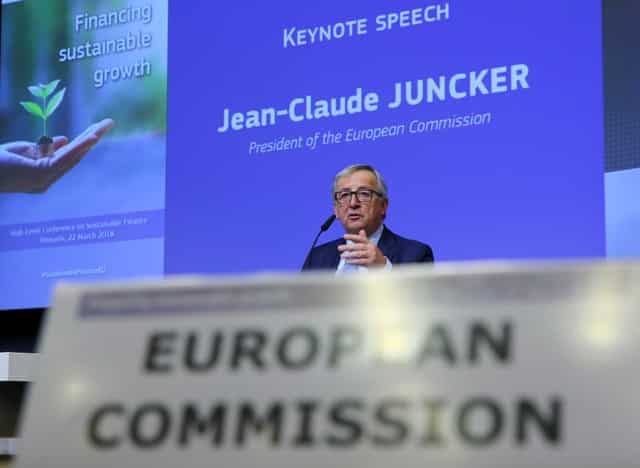 European Union leaders will condemn what they see as Turkey’s illegal actions in a standoff over eastern Mediterranean gas reserves with bloc members Greece and Cyprus, in a joint statement to be issued on Thursday.

Athens and Nicosia have accused Ankara of violating international law in a row over offshore oil and gas exploration after several incidents at sea.

The leaders’ summit “urgently calls on Turkey to cease these actions and respect the sovereign rights of Cyprus to explore and exploit its natural resources in accordance with… the law,” according to a draft of the text seen by Reuters.

A vessel charted by Italy’s state-controlled Eni was unable to reach an area Cyprus has licensed for drilling because of Turkish military manoeuvres in a two-week standoff in February.

Turkey says some areas of Cyprus’s offshore maritime zone fall under the jurisdiction of Turkey or Turkish Cypriots, underscoring tensions in the broader eastern Mediterranean over competing claims for offshore resources.

The EU has had to tread carefully with Turkey, which has the second-biggest NATO army and is instrumental in curbing immigration to Europe from the Middle East and Africa.

Despite stepping up criticism of what the EU sees as President Tayyip Erdogan’s growing authoritarianism, the bloc’s top officials will host him for talks on Monday in the Bulgarian city of Varna.

At that meeting, the bloc has said it will promise another 3 billion euros to support Syrian refugees in Turkey. But it will also criticise Erdogan’s military offensive in Syria, as well as his human rights record, which has already led the bloc to suspend Turkey’s long-stalled EU accession bid.

The EU wants Turkey to reverse its sweeping security crackdown after a botched coup against Erdogan in 2016. Ankara says the measures are needed to combat multiple threats.

EU leaders will on Thursday also appeal for the release of European citizens – mostly Germans – being held in Turkish custody.