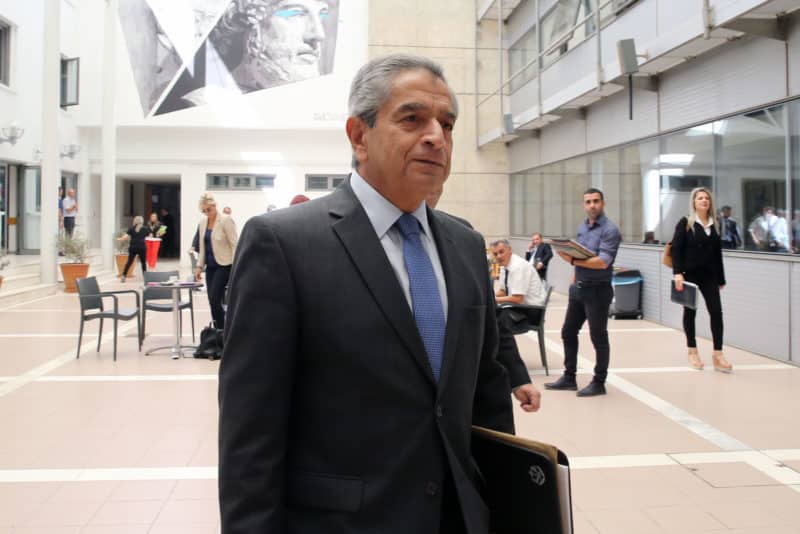 Former Disy MP Andreas Themistocleous, who had his driver’s licence revoked last year over traffic violations, accused Attorney-general Costas Clerides on Thursday of showing preferential treatment to a prominent lawyer and his wife by terminating legal proceedings against them for speeding.

Themistocleous posted 19 or so documents on his Facebook page that showed Clerides had signed off on terminating proceedings against Polys Polyviou’s wife, Georgia, who was apparently caught by traffic cameras on Nicosia’s Griva Dhigenis Avenue, the only place in Cyprus where they are installed.

“Unfortunately, there is no body to look into complaints against the AG in connection with improperly exercising his duties or abusing his authority,” Themistocleous said, so he had to do it in public.

The former MP said Clerides repeatedly waived traffic tickets for his friends in Nicosia while thousands of Cypriots were forced to pay them.

He asked the AG if you could provide a list of how many people he had let off and what he had to say to all those people caught in the area who paid around €2m in fines.

Clerides responded in a written statement later in the day, suggesting that the issue was part of a “unending effort to target and vilify him.”

The AG said he had waived 3,082 fines of people caught in that area, including the ones Themistocleous was referring to.

The reason, according to the AG, was that on the day the system came on line, on June 2, 2014, hundreds of drivers living in the area or using the road daily, were caught repeatedly doing over 50km/h — the limit at the time — without noticing because the fine was posted to them months later.

Griva Dhigenis is a dual carriage way but because the area is considered residential the limit was low.

As a result, thousands of fines had been issued by the time people got used to the system and the speed limit was raised to 65km/h in October, 2014.

At the time, hundreds of motorists had complained about the cameras and the mayor of the area, Egomi, even suggested switching them off during the day.

Because of the situation, and the numerous requests to waive fines imposed on people, some risking losing their licence, the AG said he decided to strike off 3,082 bookings.

Only in June 2014, the cameras had clocked 14,376 speed violations on the stretch of road in question, Clerides said.

“Each can draw their own conclusions,” he added.

Themistocleous responded to the statement, saying he had more documents in his possession.

He accused the AG of launching a personal attack against him and being particularly hostile.

“I will not forget this political persecution, three months before the elections, we had many clashes with Mr Clerides in the past,” he said.

He was referring to Clerides seeking and succeeding in lifting his parliamentary immunity to stand trial for traffic offences, which eventually cost him his licence for six months and €3,000 in fines.

However, before he got the chance to disclose more, Clerides issued a second statement listing four separate cases in which the Larnaca district court had fined Themistocleous €250 in three and €150 in the fourth,  and imposed eight penalty points in total.

According to Clerides, Themistocleous was pardoned by the president in February 2012, with the agreement of the AG; the fines were waived and the points written off.

Youth is wasted on the young