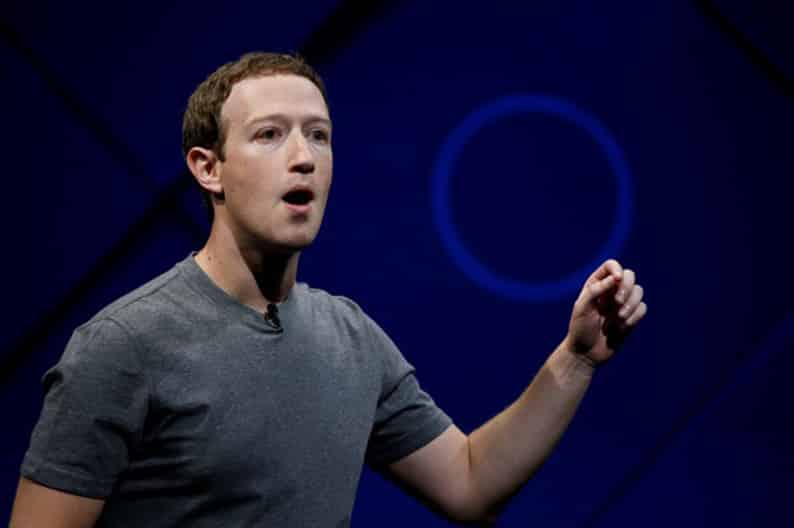 Facebook Founder and CEO Mark Zuckerberg has been facing continuing pressure, ramping up since the 2016 US election

By Dustin Volz and Kate Holton

Facebook Inc Chief Executive Mark Zuckerberg’s apology for how his company handled 50 million users’ data did little on Thursday to ease investor worries about the cost to fix mistakes and lawmakers’ dismay that his response did not go far enough.

Germany’s second-largest bank Commerzbank AG has suspended advertising on Facebook until further notice, Handelsblatt newspaper reported on Thursday, following in the steps of Mozilla, which runs the Firefox web browser.

Allegations that political consultancy Cambridge Analytica improperly accessed data to build profiles on American voters and influence the 2016 presidential election has knocked more than $50 billion of Facebook’s market value this week. Five days after the scandal broke, Zuckerberg apologised on Wednesday that mistakes were made and promised to restrict developers’ access to user information as part of a plan to improve privacy protection.

On Thursday, Facebook executives were still saying sorry. “It was a mistake”, Campbell Brown, head of news partnerships at Facebook, said at The Financial Times FT Future of News Conference in New York City.

Zuckerberg’s apology and promises were not enough to ease political pressure on the world’s largest social media company.

“It shouldn’t be for a company to decide what is the appropriate balance between privacy and innovation and use of data. Those rules should be set by society as a whole and so by parliament,” British minister for Digital, Culture, Media and Sport, Matt Hancock, told BBC Radio. “The big tech companies need to abide by the law and we’re strengthening the law.”

In Washington, Zuckerberg’s media rounds did little to satisfy lawmakers in either political party who have demanded this week that the billionaire testify before Congress.

Facebook executives were expected to brief two congressional committees on Thursday, after being grilled for nearly two hours by staff for the House Energy and Commerce Committee on Wednesday.

Facebook Deputy Chief Privacy Officer Rob Sherman and other executives were unable to answer many questions at Wednesday’s meeting, according to two aides who were present. The executives said they had written down a list of 60 questions they promised to answer, the aides said.

The Republican chairman and top Democrat of the US House Energy and Commerce Committee said they will in coming days formally ask Zuckerberg to testify.

Wall Street analysts expressed relief that there were no signs so far of a more fundamental shift in the company’s advertising-driven revenue model, but some said there would be costs to shore up its reputation.

Facebook, with more than 2 billion monthly active users, made almost all its $40.6 billion in revenue last year from advertising.

Stifel analyst Scott Devitt cut his price target on Facebook by $27 to $168, while BofA Merrill Lynch slashed its target by $35 to $230.

“Facebook’s current plight reminds us of eBay in 2004 – an unstructured content business built on trust that lost that trust prior to implementing policies to add structure and process,” Devitt said.

“Warren Buffett has his own thing called a “too hard” pile, and we are choosing to put Facebook shares in it,” he wrote.

Facebook shares were down 2.2 per cent on Thursday in heavy trading.

Analysts said that Zuckerberg’s promises to investigate thousands of apps, and to give members a tool that lets them turn off access, would not substantially reduce advertisers’ ability to use Facebook data – the company’s lifeblood.

Nevertheless, open-source browser and app developer Mozilla said it was “pressing pause” on its Facebook advertising after the revelations prompted it to take a closer look at the site’s default privacy settings.

“We found that its current default settings leave access open to a lot of data – particularly with respect to settings for third party apps,” Mozilla, it said in a blog post.

Commerzbank said it, too, was pausing its campaign on Facebook. “Brand safety and data security are very important to us,” head of brand strategy Uwe Hellmann told Handelsblatt. The comments were confirmed by a spokesman for the bank.

The Times newspaper reported that British advertising group ISBA, which represents thousands of well-known brands, has threatened to withdraw ads if investigations show user data has been misused.

“We think this issue is more likely to snowball than recede and that advertisers are reaching a tipping point at which spending on not only Facebook and other online platforms, is re-evaluated,” brokerage Liberum said in a note.

British police removed cordons around the London headquarters of Cambridge Analytica on Thursday after they deemed a suspicious package which sparked a security alert to be safe.

Efforts by Britain’s information watchdog to investigate Cambridge Analytica were delayed when a judge adjourned for 24 hours its application to search the company’s head office.