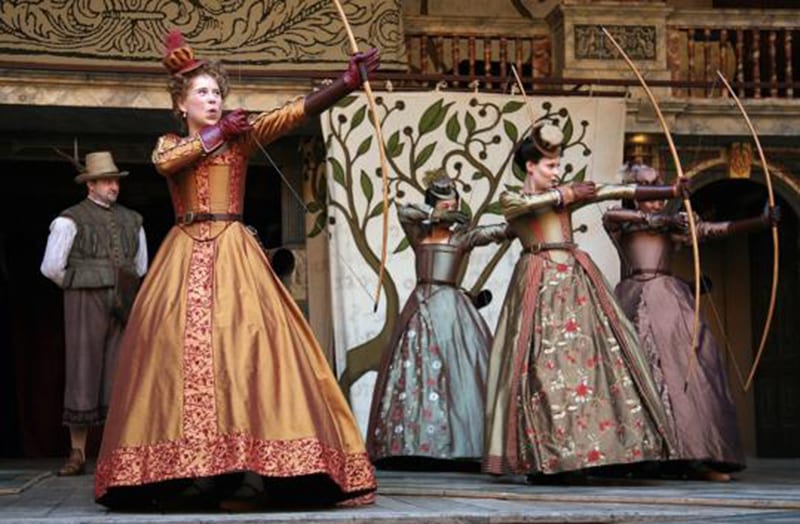 K-Cineplex in Nicosia, Limassol, Larnaca and Paphos will take us to the Shakespeare’s Globe Theatre tomorrow with a screening of the play Love’s Labour’s Lost at 7.30pm.

This production, directed by Dominic Dromgoole and starring Phil Cumbus, Trystan Gravelle and Michelle Terry, is sure to captivate any audience that enjoys a feast of language and a witty piece that gets us laughing.

The play, which was written in the mid-1590s, revolves around the king of Navarre and his three friends Berowne, Longaville and Dumaine, who swear to abstain from all distractions – in particular women – for three years so they can concentrate on their studies. When the Princess of France and her entourage – Rosaline, Maria and Katherine – arrive, however, it isn’t long before the gentlemen have broken every one of their self-imposed rules.

The women are refused entry into the city, so they hatch a plan to make the men break their vows. Each man in turn falls prey to the charms of the ladies. In this comedy, Shakespeare again employs the device of using a play-within-a-play to reflect the actual goings-on within the main play. Here, the entire company prepare to watch a show prepared by the secondary characters, all of whom echo the concerns of the main characters in various ways. The entertainments are cut short by the announcement of the death of the Princess’ father, and a period of one year’s abstinence is imposed on the men before they will be allowed to consummate their loves.

Love’s Labour’s Lost is Shakespeare’s way of showing us what can happen when we turn our backs on life and spend our youth renouncing the pleasures of doing silly things.