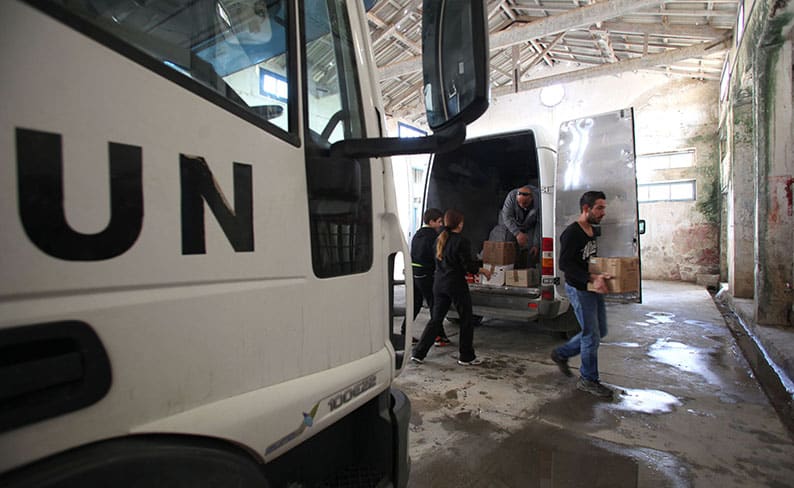 Turkish Cypriot foreign ‘minister’ Kudret Ozersay has said the previous ‘government’s’ decision to impose duty on the humanitarian aid the Republic sends to Greek Cypriots and Maronites living in the north was wrong and would be adjusted.

Turkish Cypriot daily Yeni Duzen on Friday reported that Ozersay, who visited the Maronite villages of Ayia Marina and Asomatos on Thursday, said that the new ‘government’ would announce in the coming days practical adjustments improving the previous administration’s decision to impose a customs duty on goods sent from the south.

Weekly deliveries of basic items to cover household needs sent by the government to around 340 people living in the Karpasia peninsula and the Maronite villages of Kormakitis and Karpashia were interrupted last October after the Turkish Cypriot authorities announced they would tax the aid. Since then, the UN has only been delivering medical supplies that are exempt from the duty.

Ozersay was quoted by Yeni Duzen as saying that the decision to impose the customs duty was wrong.

He told the daily that one of the reasons that led to the introduction of the customs duty was that some of the products sent to the enclaved ended up being sold in grocery stores, which was illegal and that they had to take measures.

But Ozersay said that aid, especially to the elderly, should not be hindered.

He reiterated that the new measures would not undermine the status of the ‘TRNC’.

Ozersay also said that it was wrong to describe the recipients of the aid as enclaved.

A study on the issue, he said, is nearly finished and the adjustments will be announced soon.

He added that the aid recipients ought to receive actual, practical assistance and the adjustments will ensure that this aid goes where it is truly needed.

Ozersay said he plans to visit Rizokarpaso where the Greek Cypriots live within the coming days.

On the return of Maronites to their villages in the north, Ozersay said that this issue contains a ‘foreign policy dimension’ and they have also consulted with the Turkish military.

He added that there was a positive attitude and that the north would proceed with this initiative. He refrained from elaborating.

The north announced last summer that they would allow Maronites to return to all their villages in the north of the island. Earlier in the month Turkish Cypriot leader Mustafa Akinci had promised during a meeting with members of the Maronite community that the issue would be discussed with the ‘government’ once ‘parliament’ approves the ‘state budget’ for 2018.

Ayia Marina, Asomatos and Karpasha are the three Maronite villages controlled by the Turkish military since 1974. Ayia Marina and Asomatos are currently off limits, while Karpasha is also under military control but residents are allowed to live there. The fourth Maronite village, Kormakitis, has no such status, and it is far easier for its residents to resettle there if they wish.

He added that authorities in the north have acknowledged that that decision was wrong, in violation of the agreement between the sides known as Vienna III and ‘has caused huge problems for the enclaved and especially the elderly’.

“We expect the occupation regime to lift this decision. We will continue to support our enclaved in every possible way,” Photiou said.

Australian rescuers race to save whales after mass stranding