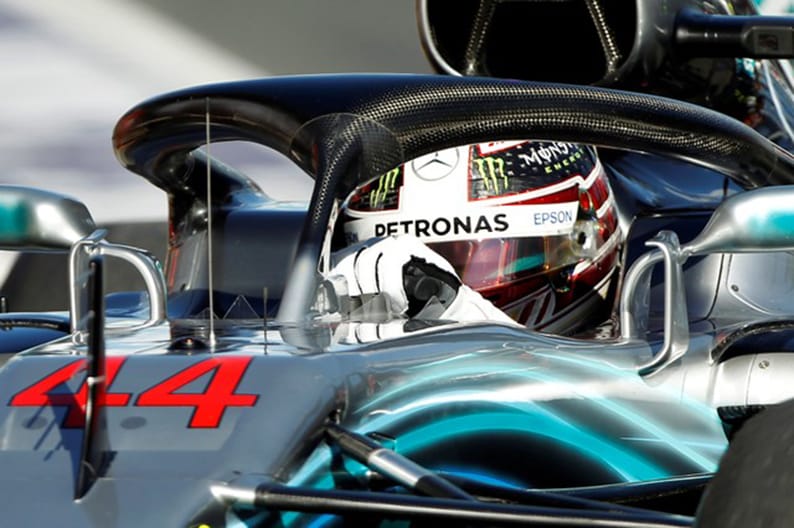 Formula One champion Lewis Hamilton topped the timesheets for Mercedes in both practice sessions at the Australian Grand Prix on Friday but Red Bull’s Max Verstappen showed enough pace to give the Silver Arrows pause for thought.

After lapping Albert Park in one minute, 24.026 seconds to dominate the first practice of the new season, Hamilton improved the mark slightly to 1:23.931 in the second session on a balmy autumn day.

“The car is quicker here than it was last year, so it feels better everywhere,” the four-times champion told reporters.

“It closed up a little bit in FP2 in terms of the gap between us all, but that’s exciting. It’s more challenging for me to try and eke out a little more from the car.”

Red Bull’s Dutch wunderkind Verstappen was snapping at his heels, however, finishing only 0.127 seconds adrift of the Briton after the second session.

Raising hopes of a contest for Mercedes, who have swept the driver and constructors’ titles for the past four years, there was less than three-tenths of a second separating the champions from the Red Bull and Ferrari cars.

Verstappen sandwiched himself between the Mercedes drivers,

with Hamilton‘s team mate Valtteri Bottas third quickest despite taking a couple of slides off the track.

“That’s what I call a positive start to the season,” Verstappen tweeted. “The car handled well and I’m happy with today.”

Fourth in FP2, Kimi Raikkonen showed why Ferrari may also be in the hunt for Sunday’s race but he will have to face the stewards after allegedly impeding fellow Finn Bottas, who nearly rammed into his rear and ended up in the gravel.

It was a tougher day for Raikkonen’s four-times champion team mate Sebastian Vettel, who was more than a half-second off the pace in FP2 down in fifth position, a disappointing run he later downplayed.

“We still have quite a lot of performance in hand. I am not too worried because I know if I get everything right we should be in better shape,” the German told reporters.

Red Bull’s Daniel Ricciardo was seventh in FP2 but his day ended on a sour note, the home hope handed a three-place grid penalty for going too fast during red flag conditions.

The second session was suspended for a few minutes after some cabling became unearthed at the start-finish line.

Tipped to be the big improvers after a positive pre-season, Haas delivered in spades, with Romain Grosjean sixth quickest in FP2 and his team mate Kevin Magnussen ninth.

There was also some encouragement for McLaren, whose day began bleakly with engineers fussing over an exhaust system problem that left twice champion Fernando Alonso and Stoffel Vandoorne confined to the garage for most of the session.

However, Alonso finally emerged to post the eighth fastest lap and held the position through FP2.

Canadian Lance Stroll’s day ended in frustration, with his Williams forced to a halt at the end of FP2 with overheating issues. He was 14th for the session, ahead of his debutant team mate Sergey Sirotkin (18th).

While Mercedes showed they hold a slight edge in pace, rain forecast on Saturday could yet add an element of uncertainty during qualifying.