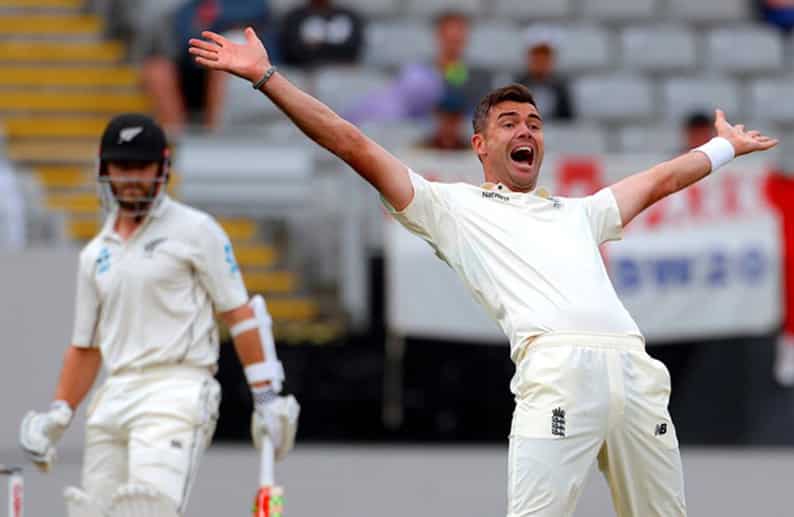 Kane Williamson believes the late Martin Crowe remains the greatest batsmen New Zealand has ever produced despite surpassing the former captain as his country’s highest test century maker on Friday.

After resuming on 91, the 27-year-old Williamson took about 30 minutes to reach his 18th test century on a rain-affected second day of the first match against England at Eden Park.

With a dab through gully for a single he moved ahead of the 17 centuries accumulated by Crowe, who died from cancer in 2016.

Williamson‘s team mate Ross Taylor also has 17 centuries and will likely pass his former mentor Crowe in the near future.

“Martin was a fantastic, world-class player for New Zealand,” Williamson told reporters in Auckland after he was dismissed for 102. “Our best player, or batsman, certainly, of all time.

“The respect is certainly there for Martin and what he’s done for the game.”

Like Crowe, Williamson was tipped for greatness at an early age and was backed to potentially become New Zealand’s leading run scorer while still a teenager, including by Crowe.

His celebration after reaching the milestone, however, was typically understated. A raise of the bat and removal of the helmet was about the limit of his joy.

The mark it seems, was just a statistic. What was more important for him was how it positioned his side in the context of the match.

New Zealand finished the second day on 229 for four, a lead of 171 runs, after they had dismissed England for just 58 in 90 minutes on the opening day.

Williamson‘s contribution ended early in the second session after Jimmy Anderson finally got some movement with the second new ball and exploited the fact that the pitch had been under covers due to the first rain break.

“For me personally, I haven’t focused too much on stats,” Williamson said. “It’s always been about trying to do my best for the team, that’s why today it was frustrating to not still be out there.

“In saying that it was a fairly good delivery and you walk off and that’s part and parcel of the game. You want to keep going and try to contribute more and more.”

While his side have control of the game after the first-day destruction of bowlers Trent Boult and Tim Southee, Friday’s rain and the poor forecast for the rest of the match has changed its complexion.

New Zealand now need to push the game on more quickly than they had planned. Williamsonbelieves it is unlikely England will bat as poorly again.

“The English team have a really long batting lineup,” he said. “We know in the second dig it’s going to be a lot harder and we’ll have to put in that same effort plus more.”