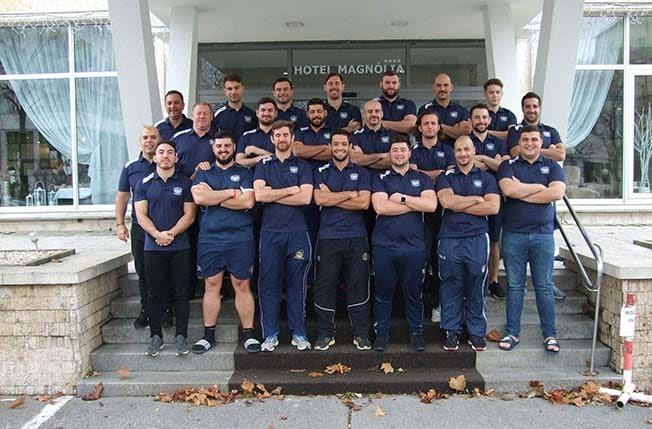 When the Cyprus rugby team face Slovenia on Saturday, it will be 11 years to the day since they entered the international rugby arena

When the Cyprus rugby team face Slovenia in Paphos on Saturday, it will be 11 years to the day since they entered the international rugby arena with a thrashing of Greece – an event that surprised many observers.

If the Moufflons beat Slovenia in European Conference Division 2 South, they are guaranteed promotion regardless of the result against Serbia later in the season because they have accumulated enough points by defeating fellow division members Austria and Slovakia.

The last time Cyprus met Slovenia was in Ljubljana on a freezing day in November 2013, recording a 34-3 victory to top European Nations Cup Division 2C, a result which led to promotion.

It was also their 20th straight international win en route to establishing the world record of 24 consecutive victories.

Johnny Stavrinou, the President of Cyprus Rugby Federation (CRF), is determined to establish the game as a major sporting attraction in Cyprus. Following his appointment, he visited every rugby club saying the academies and schools must be the centre of all their endeavours to promote the game.

“I envisage the day when our international teams will comprise members that have played and learned every aspect of the game at the city clubs in Cyprus,” he said. “We have achieved so much with so little as the CRF has to call on the smallest pool of players in Europe.

“The diaspora established the game here, and now we must honour them by continuing to follow the example they set us by broadcasting the Corinthian values of our sport by drawing on our academies and young players for future internationals, and instilling the spirit of our game in the embryonic Moufflons.

“There is a camaraderie and sense of fellowship in rugby that distinguishes our sport from all others, which is unique in its ability to draw together players from all nations and races under the canopy of sport and fair play. There could not be a better target to set our aspiring juniors.”

Saturday’s match will kick-off at 2.30pm and will feature two sets of brothers playing on the same field. Previous internationals have seen many instances of siblings appearing on the teamsheet: the Browns, Youngs, Underwoods, and recently the Vunipolas. But how many international games can boast this strange manifestation: for the Moufflons – the Biltons, Jack and Max, and in the Slovenian corner the Stovics: guess who – Jack and Max.

Entry to the ground is 10 euros, with children under 10 allowed in for free.

The Moufflons are proud, once again, to have as their sponsors Twenty4Seven Systems Ltd and from London, Trinity Insurance Brokers.

French gendarme who traded places with hostage is dead