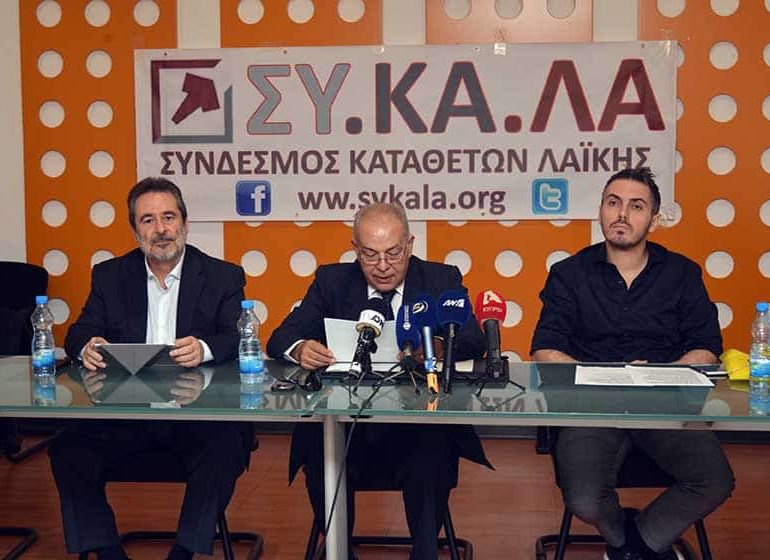 Five years on, of the thousands of private lawsuits filed in Cypriot courts against the March 25, 2013 bail-in, proceedings have yet to begin in a single case; and whereas the presumption of innocence should be stressed always, no banker (save one), government official, European official or EU body has been adjudged against.

The state of play in Cyprus is not dissimilar to the world stage: only one top banker has ever gone to jail for the 2008 financial crisis.

In 2014 Kareem Serageldin, an executive with Credit Suisse, was found guilty of lying about the value of his bank’s securities. This despite the fact that Lehman Brothers, AIG, Citigroup, Merrill Lynch and many others had also admitted that they were in much worse shape than they initially allowed.

The term “Too big to jail” has long entered the popular lexicon.

Legal action by burned savers at Bank of Cyprus and now-defunct Laiki Bank started coming in thick and fast in the wake of the Eurogroup decision of March 25, 2013 that green-lighted the seizure of uninsured (over €100,000) deposits.

In early June of 2013, the supreme court ruled it had no jurisdiction over appeals lodged by people who lost their money in the so-called haircut.

The top court said appeals should be examined instead in the framework of private lawsuits filed at district courts against banks, possibly the state and even European institutions.

The ruling opened the floodgate of lawsuits in district courts, with some 1,000 claims eventually being filed by depositors of ex-Laiki, and more by Bank of Cyprus customers.

The lawsuits -against the government and the Cyprus Central Bank – were filed in 2014. To date, due to the court backlog no hearings relating to legacy Laiki depositors have got underway in a single case.

Meantime, the five-year statute of limitations for filing claims against a European institution was just around the corner.

Adonis Papaconstantinou, head of the Laiki Bank Depositors Association (Sykala), tells the Sunday Mail this is why two weeks ago – just before the March 25, 2018 cutoff – a class-action suit on behalf of some 1,000 plaintiffs was lodged with the General Court (European Union).

Because the claims filed in the Luxembourg court are against European institutions, the plaintiffs are under no restriction to exhaust domestic remedies (in Cyprus) before applying to the General Court . As such, about 70 per cent of the people represented in the class-action suit are the same individuals who have filed private lawsuits in Cypriot district courts.

Its basic premise is that European institutions violated the principle of equality by treating depositors in Cypriot banks differently than in other countries, where bailouts rather than bail-ins were used to rescue banks.

Crucially, five years plus a mounting stack of court filings later, the question of who is legally responsible for the bail-in remains a bit of a mystery.

“There has yet to be a clear legal determination anywhere on the question of where responsibility lies,” said Papaconstantinou.

Instead, what has emerged in legal proceedings has provided the inverse answer – namely, who is not responsible.

In September of 2016, the European Court of Justice (ECJ) ruled that adoption of the Memorandum of Understanding (MoU) was not an unlawful act, and dismissed the actions for compensation.

The case before the ECJ concerned a challenge brought by a number of Greek Cypriot depositors against the decisions leading to the March 2013 bail-in.

The individuals and a company had brought actions before the General Court, asking for an order requiring the European Commission and the ECB to pay them compensation equivalent to the reduction in value of their deposits allegedly suffered on account of the adoption of the bailout memorandum of understanding and for the annulment of the relevant paragraphs of that memorandum.

In Cyprus meanwhile, so far four criminal cases have been brought against Bank of Cyprus and Laiki – with mixed results.

Attorney-general Costas Clerides had often come under fire for delays in launching indictments; he defended himself saying these cases were complex and needed to be carefully documented.

Only last week the Nicosia criminal court decided that former Laiki Bank executives have a case to answer to in connection with market manipulation and issuing misleading information.

They face charges of market manipulation and submitting false or misleading information with regard to publishing an interim consolidated financial statement in November 2011, in which they omitted to include a goodwill writedown of €330m for Marfin Popular Bank’s – as Laiki was then known – operations in Greece.

In addition, there have been three criminal cases filed against Bank of Cyprus.

In the first case, by order of their filing, in early December 2017 the Nicosia criminal court found the lender and former CEO Andreas Eliades guilty of the charge of market manipulation through misleading statements to investors about the lender’s capital shortfall in June 2012.

Market manipulation carries a sentence of up to 10 years imprisonment, a fine of €100,000, or both.

Days later, in the second case, the Nicosia criminal court stayed the trial against the Bank of Cyprus and six of its former top executives who were again facing charges of market manipulation.

The court said it was dismissing the charges, deferring to a December 6 decision by the supreme court that found the charge sheet filed by the state prosecution and relating to market manipulation was void.

Technically, the criminal court did not acquit the defendants, as according to its ruling the charges never existed in the first place.

The defendants were Bank of Cyprus as a legal entity, plus Eliades, Kypri, Artemi, and board members Giorgos Georgiades, Costas Severis and Costas Hadjipapas.

Five of the defendants were facing four charges relating to market manipulation in connection with the bank’s investments in toxic Greek government bonds. The sixth, Eliades, was facing two additional ones relating to perjury before the committee of inquiry into the economy.

The case concerned the lender’s acquisition of Greek government bonds and its failure to inform shareholders of the dangers of the investment.

As it stands, the only possible reversal – though unlikely – is should the supreme court reverse its own decision of December 6, thereby making the market manipulation charges valid again.

Lastly, in February 2017 the Nicosia district court referred to a criminal trial the third case involving Bank of Cyprus officials, accused of market manipulation and conspiracy to defraud investors.

They face charges relating to market manipulation, conspiracy, forgery and circulation of a forged document, covering the period from 2010 to 2014.

They are charged with conspiring to reclassify the bank’s holdings in Greek government bonds – with an effective date of April 1, 2010 – with intent to defraud investors.

The bonds were reclassified in a manner as to indicate the bank had suffered fewer losses than it actually did, conveying a better picture overall of the lender’s financials.

In turn, this resulted in the stock value being listed higher than it would otherwise have been.

Unlike the first two cases filed against former officials – and the bank itself – which were based on reports by the Cyprus Securities and Exchange Commission, this one was based on a report by the lender’s own internal audit unit.

In late January 2018, the criminal court postponed the hearings to June 4 citing its heavy workload.

Our View: Have we learnt nothing from the disaster of five years ago?

Police cagey on whether additional security in place at French embassy