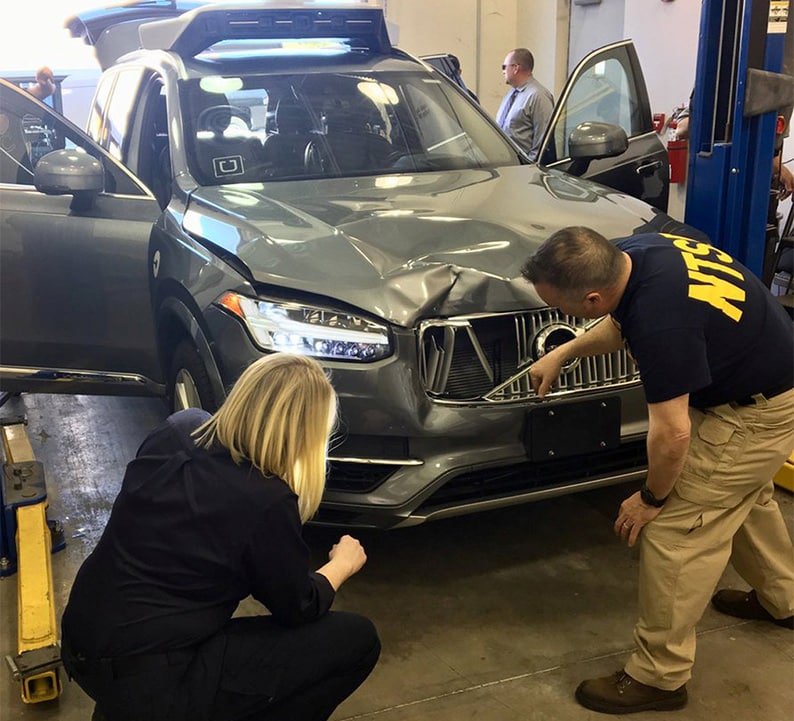 There are always some casualties when a new form of transportation comes along. In 1830, at the official opening of the world’s first railway, the Liverpool and Manchester Railway, a well-known British politician, William Huskisson, was struck and killed by a locomotive. He was known to be clumsy and accident-prone, but it still cast a pall over the proceedings.

There was a person sitting, hands off, behind the wheel of the ‘self-driving’ car that hit her, because these vehicles are still in the experimental stage. Uber, the company that was running these particular tests, issued the usual ‘our thoughts are with the victim’s family’ statement and suspended its on-the-road tests in cities throughout the United States. But the halt is only temporary: this technology is unstoppable.

It’s also relatively safe, at least compared to vehicles driven by human beings. Around a hundred Americans a day die in traffic accidents, but in developing countries it’s far worse. About four hundred Indians are killed in traffic accidents each day, although there are actually fewer motor vehicles in India (263 million in the US, 210 million in India).

The widespread use of self-driving vehicles will almost certainly bring down the death rates sharply everywhere, because even if computers can be as stupid as human drivers, they cannot be as impatient or angry or drunk. What the robo-cars, trucks and buses are going to kill in very large numbers is not human beings but jobs.

Automation goes in stages. Computers were not very clever in the 1990s, but they were already good enough to run the robotic arms and similar devices that took over the old assembly lines.

The Rust Belt is centred in the Great Lakes states of the US, and in comparable regions of northern England and northern France, precisely because those are the old mass-production heartlands of their respective countries. Assembly lines had already broken down the complex task of assembling a car, for example, into a hundred or so very simple tasks, so they were bound to be the first victims of automation.

The computers are much smarter now, and up to the extremely demanding task of driving a vehicle in traffic. There are still bugs in the programs, but in two or three or five years they will have been fixed and self-driving vehicles will be available for sale to the public. Those at the head of the queue to buy them will be the operators of fleets of vehicles.

Most people are aware that companies like Ford, General Motors, Tesla and Waymo are investing heavily in research to develop self-driving cars. Fewer realise that Daimler, Volvo, Uber and Baidu are already road-testing self-driving eighteen-wheeler trucks. The goal of this research, quite explicitly, is to eliminate all the driving jobs.

There are approximately four and a half million driving jobs in the United States: taxi-drivers, bus-drivers, delivery van drivers, long-distance truckers. That’s about four per cent of all American jobs, and the driving share of total jobs is around the same in other developed economies. It’s a safe bet that at least half of those jobs will disappear in the next ten years, and they will almost all be gone in fifteen or twenty.

The long-term impact of autonomous vehicles on private car ownership will be just as great. A recent KPMG survey of car-industry executives found that 59 per cent of CEOs believe that more than half of today’s car-owners will no longer want to own a car by 2025. Just summon a cheap self-driving taxi whenever you want to go somewhere.

It’s Uber on stilts. Self-driving taxis will be everywhere and respond to the summons in just a minute or two. No parking problems ever again, and far less congestion on the roads because a taxi fleet one-quarter as big as the current total of private cars would suffice to meet even maximum rush-hour demand.

Privately owned cars are parked on average 95 per cent of the time. In fact, there is hardly ever more than a quarter of privately owned cars being driven at the same time, even at peak hours. So in the longer term we will see a drastic decline in the number of passenger cars, and a less dramatic fall in the world demand for oil. (Almost three-fifths of world oil output goes into fuel for vehicles.)

We may also expect to see a major decrease in the number of deaths and injuries in traffic accidents. Self-driving vehicles will no doubt occasionally make mistakes that hurt human beings, but computer programs are bound to be less erratic on the roads than human beings. It’s a pity about the jobs, but on balance this is change for the better.