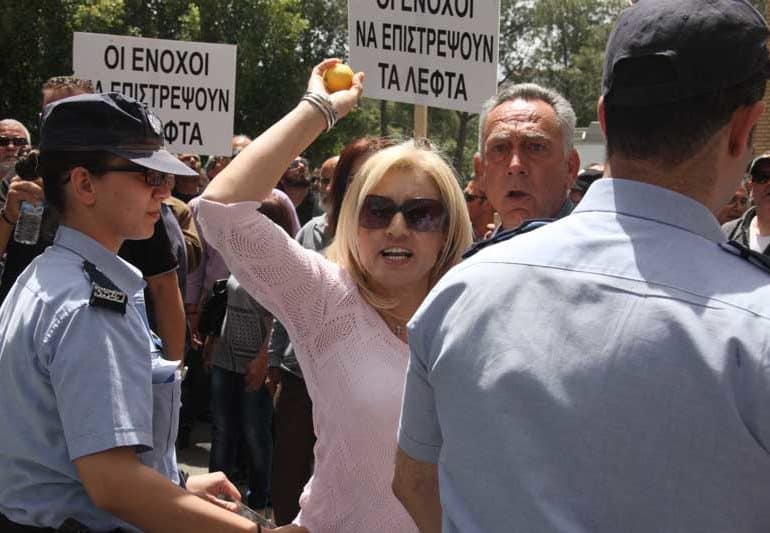 Five years ago today – on March 25, 2013 – thousands of depositors in the now defunct Laiki Bank discovered they had lost all their savings over €100,000 overnight. Five years later, those victims are still hoping to see their money returned through legal recourse in Cyprus and abroad.

In March 2013, following tortuous negotiations between the government and the Eurogroup, all deposits in Laiki over €100,000 were lost, as well as 47.5 per cent of deposits over €100,000 in the Bank of Cyprus (BoC), as part of the county’s bailout agreement with the EU and IMF. Finance Minister Harris Georgiades told MPs last December that €7.7bn of deposits were lost, while the nominal value of the securities converted into shares was €1.2bn.

Many shell-shocked depositors, after recovering from the initial blow, organised themselves to seek mass legal act 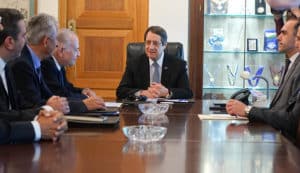 ions against everyone thought to be responsible for the calamity. They formed the Laiki depositors’ association (Sykala) which today has around 4,500 registered members.

Its aim is “to reclaim the money which was stolen as a result of the profoundly illegal actions of those who decided to steal it”. Including its registered members, around 10,000 people have at times sought assistance and advice from Sykala and attended their meetings.

After the supreme court ruled in June 2013 it had no jurisdiction over the more than 3,000 appeals lodged by the depositors of former Laiki Bank and BoC, against the haircut, complainants sought other recourse.

They took the advice of the supreme court and filed a mass civil law suit against the government, the central bank, Laiki and its auditors. They also vowed to fight simultaneous legal battles on the home front and in European courts in Luxembourg and Strasbourg until their money was returned to them.

Today, many depositors feel that legal recourse is the only way to see their money back.

“That money is not lost, it has been taken by the haircut, and we will not rest until we get it back,” Christos Georgiou, 70, who lost €430,000 in the haircut told the Sunday Mail.

That money, Georgiou said, corresponds to 10 years of work abroad and an overall 43 years of service and provident fund contributions.

“Naturally I experienced great sadness to see the fruits of my life’s work gone in one night,” Georgiou said.

He said he was able to take the blow, but it was more difficult for others.

“I did survive but others didn’t. There are people who fell ill from being so upset and stressed out over losing their money,” he said.

He had retired and deposited in Laiki most of the money he was to lose just a few months prior to the haircut, in January 2013.

“How were we to know, when the central bank had given us in writing back then reassurances that our banking system was trustworthy, when the president was declaring he would not accept a haircut. Who was I going to trust if not them?” he asks now.

Georgiou is among those who filed a mass civil law suit against “everyone; the government, the central bank, Laiki and its auditors”.

He says he feels hopeful that the solidarity fund – aimed at helping depositors who lost their money in the haircut – will compensate the victims, “even if it is gradually and over time”.

“The solidarity fund is a good idea, but just an idea. They haven’t decided yet who to compensate and haven’t said how much time is meant by ‘over time’,” he told the Sunday Mail.

Alexandros (not his real name) asked not to be named in the article to protect his rights as at the moment, there are legal procedures underway.

For him, the injustice, he said, was “double, even triple” as, apart from seeing his clients’ money and payroll of several months gone, along with money reserved for payments of VAT and other taxes, the government insisted on collecting those taxes following the haircut.

Alexandros’ company provides services and it issues annual maintenance contracts receiving payment in advance at the beginning of each year.

“That money belonged to our customers. In that account, was also months of payrolls, money reserved for VAT payments on invoices the company had issued and share profit on which a 20 per cent tax was due,” he said.

Even though client accounts had to be exempt from the haircut, he said, they were not.

“We found ourselves owing money both to our customers and suppliers”.

Eventually, he said, they managed to get €100,000 back. “To-date, there is no regulation concerning the protection of client accounts from haircuts.”

But despite the haircut, Alexandros said, his company was still left with obligations to its suppliers and the state. “It was a triple blow.”

He added that after great difficulty, his company is trying to get back on its feet although it lost some employees and clients on the way. “We are trying to gradually recover.”

To add to the sense of injustice some companies’ client accounts, he said, had been exempted from the haircut. “Why some were exempted and others not?” he asked. He said that those who suffered the blow asked the government and the parliament to reveal who were they and why they were exempt but have yet to receive an answer.

“It was a great injustice,” he said.

Alexandros is too among those who filed a mass civil action in Cyprus, and recently to the General Court of the European Union.

“I believe that there will be some sort of deliverance both by European institutions and local courts,” he said.

He stressed however that if the government wanted to show its support, it would not demand to collect taxes from companies who had lost deposits to the haircut, among them money reserved for these obligations.

“On one hand they make pompous statements and launch initiatives to help Cypriot businesses, which they say are ‘the backbone of the economy’ but they have not exhibited a single shred of understanding,” Alexandros said. “They have done nothing the past five years.”

He said that through the mass law suits they seek compensation not only from the government, but also the Central Bank, Laiki, and its auditors at the time, PWC and Grant Thornton.

Another affected depositor, Takis, 53, tries to keep hope alive but feels that any vindication will come from European courts and not Cyprus.

Takis worked hard in the US for 20 years. In 2006, he decided to sell his house and car and move to Cyprus.

“I made the mistake of coming back and put my money in Laiki. I lost everything I had,” Takis said.

“Others might have lost a million but may have had another €5m elsewhere. I have nothing.”

Only in Cyprus, he said, could a bank that came under government control be closed down after the state stole the people’s money.

“Politicians, they are all lying, I hear them say a lot but it is just empty promises. Where is the justice? Five years on we are still waiting for a trial date to be set,” he said.

“I try to keep hope alive, but I expect nothing from Cyprus anymore,” he said.

He said that the loss of his nest egg is something he still cannot take in.

“It is something one cannot make sense of, I had many problems after that but life goes on, what can you do?”

Sykala this week urged the government and the finance minister to submit to parliament soon everything necessary to establish the solidarity fund aimed at helping depositors who lost their money in the haircut.

It also called on all parties to exhibit the “due responsibility and contribute to some sort of justice being served and not turn the scheme into an opportunity for party confrontation”.

Claims concerning the protection of taxpayers often voiced by those who obstruct the rehabilitation procedure, the group said, are lame excuses.

“If our savings were not used to achieve the political and economic rescue, today we would not speak of taxpayers, but of starving citizens, possibly citizens of a non-existent state,” Sykala said.

The group said they have been waiting for four years for a trial date to be set concerning the mass civil action they filed and that they have recently also filed a mass appeal to the General Court of the European Union to claim their rights.

“Our struggle never stopped and will not stop. On the contrary, it will intensify until our final vindication, until the final restoration of injustice,” Sykala said.

Cabinet had approved last November the transfer of €25m into the solidarity fund as a first step in helping the victims of the haircut, but no opposition party backed the move arguing that it was a mere pre-election ploy of the Nicos Anastasiades administration.

The idea was to transfer the €25m, which would come from the 2017 supplementary budget, to help create a reserve to be used toward the gradual alleviation of the burden of those affected by the haircut. Finance Minister Harris Georgiades said that substantive discussion as to who would get this money should only begin when the fund’s reserves reach €200m to €300m.

The government also proposed utilising specific assets that would add even greater value to the fund such as giving it valuable state land that had been left unutilised. This property is estimated at €225m.

A wonderful night, learning all about a legend