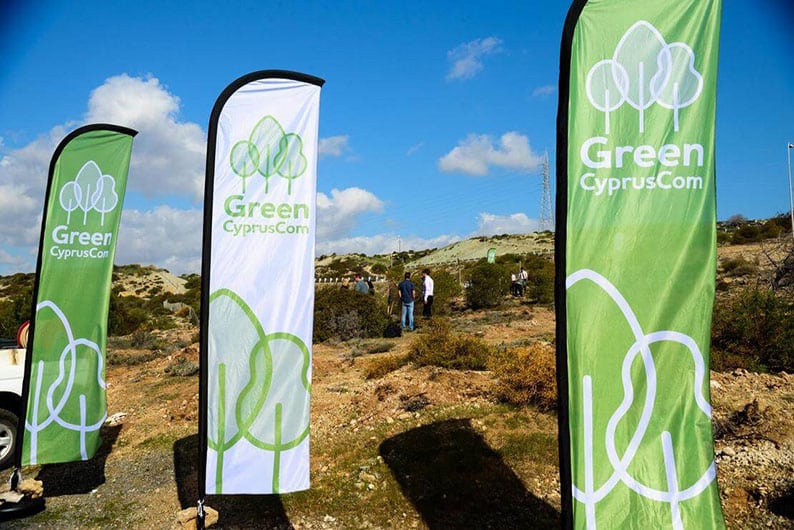 GreenCyprusCom, a non-profit organisation, has planted 2,000 trees along the coastline of Paphos.

An announcement on Tuesday said the organisation had over the weekend, completed another major tree-planting event and planted trees along the scenic coastline of ‘Petra tou Romiou’ (Aphrodite’s Rock). In 2017 overall, 2,000 trees were planted within the framework of a campaign for the revival of Cyprus’ forests.

The non-profit GreenCyprusCom aims to bring together people who care about nature and revive the island’s greenery, by organising regular reforestation events with the support of the department of forests.

In its effort to preserve Cyprus’ ecosystem, this year GreenCyprusCom offered the opportunity to individuals and businesses alike, to adopt a tree. The ‘Adopt a Tree’ initiative, aims to restore the island’s flora, by inviting citizens to assist in this effort by sponsoring the purchase of a sapling and the provision of proper care for it to take root. The initiative is backed by various benefactors and saw the support of hundreds of citizens of which various celebrities, as well as businesses and organisations.

Appointing beach inspectors a ‘step in the right direction’