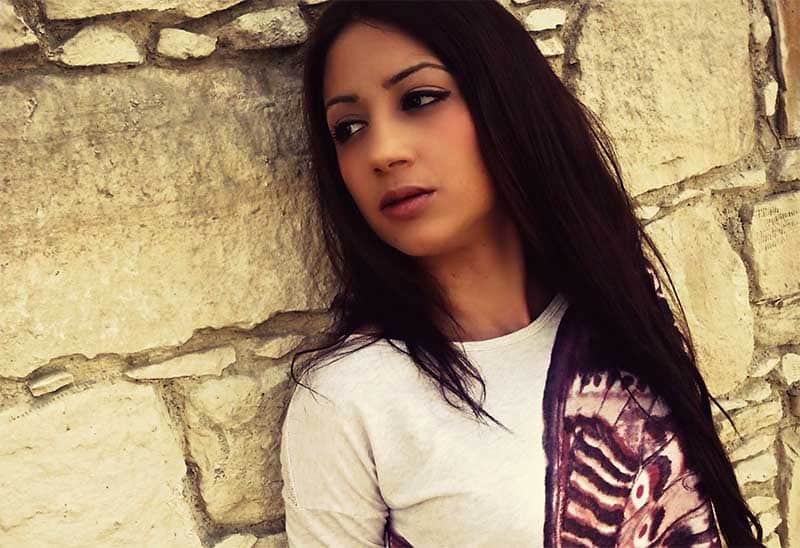 Bishop Isaias of Tamassos said on Tuesday he will bring the case of a priest reinstated after being found guilty and serving prison time for the sexual harassment of his foster child back to the Holy Synod, after the now grown woman was found dead in her home last week.

The case was brought to light on Sunday when special adviser in preparing a national strategy to protect children from sexual abuse Anastasia Papadopoulou published a long letter of apology on Facebook to 29-year-old Elena Frantzi, who was found dead in her Nicosia home on Friday. Papadopoulou’s apology was based on the fact that Elena did not find the necessary support when she reached out for help.

According to Papadopoulou, while still a minor Frantzi reported her foster father – the village priest in Ergates ¬ for raping her since she was four. She had also reported physical abuse by her step-mother.

The girl reported her abuse by her foster parents when she was 10, but she was disregarded at the time but again reported it was she was 20.

Her foster father was found guilty of sexual harassment and sentenced to two years in prison.

Speaking to state broadcaster CyBC radio on Tuesday, Papadopoulou said that at the time the priest was charged with indecent harassment instead of rape as the latter could not be proved in court at the time of the trial.

But the incidents described in the case ruling, Papadopoulou said, “show that it was sexual abuse”.

After the priest served his prison sentence, the Holy Synod reinstated him back to his duties.

Papadopoulou feels that the Holy Synod’s decision was the final blow to Elena.

“Unfortunately, it was what led to Elena’s problems, the feeling of a lack of vindication,” she said.

The outrage caused by Papadopoulou bringing Elena’s case to light on Tuesday prompted the Archbishop to respond to widespread indignation against the Church.

The archbishop told CyBC radio he was in favour of the defrocking of the priest but that Bishop Isaias had convinced the Holy Synod of the man’s innocence.

“There’s no smoke without fire. He was sentenced and sent to prison, we had […] enough data, it was a fact,” the archbishop said.

“It is my opinion that we ought to be strict with the members of our clergy, I believe that the holy brother [Isaias] must reconsider,” he said. He added that if this concerned one of his own priests, he would suspend them indefinitely.

Isaias said he was surprised to hear the archbishop’s statements as this was “my own position to the Holy Synod”.

When a member of the clergy is charged with an offence that could lead to defrocking the bishop under whom he serves must refer the issue to the Holy Synod.

“The first thing I did was to refer the case to the Holy Synod,” Isaias said. He added that, after the Synod had trouble deciding, the archbishop recommended the creation of a special committee.

“The committee was set up, it took them three years to reach a decision, during which time I had him suspended,” Isaias said.

The bishop said that this decision caused problems for him and he had to request police protection as he and his associates were threatened by followers of the priest who felt he was being wrongfully targeted.

“When the committee decided that he was innocent, I objected to the decision,” the bishop said.

He added that since his reinstatement Isaias kept the priest on a short leash. “I forbade him to visit any parishes, I placed him in a monastery, I told him ‘you will carry out prayers here for your soul’,” the bishop said.

He added that a bishop is not allowed to suspend a priest indefinitely, only the Holy Synod can.

Isaias said he will take the archbishop’s statements as an invitation to bring back the case to the Holy Synod.

“As long as he is giving his permission, I will bring the issue back and it is up to the Holy Synod to decide,” he said.

Papadopoulou said that if such a report were to be made today by a minor, according to the amended law, the perpetrator, if found guilty could face life imprisonment.

Today, however, Papadopoulou said, children’s complaints of sexual harassment or abuse are taken seriously. She added that it is now a criminal offence for someone to know of abuse and not report it.

Labour Minister Zeta Emilianidou, said that she was shocked by this “tragic case”.

She said that things were much different 20 years ago when this case was first reported and that today efforts have been made to handle such cases without any delays.

It is important, she said, for children to feel they can speak out and receive help from professionals.

Elena was placed in the care of the priest and his wife when she was four as her mother was reportedly having drug-related problems.

After speaking out about the abuse the first time she was shunned by the local community for tarnishing the reputation of their priest.

After the priest was reinstated, Papadopoulou said in her post, Elena was unable to cope. She received the help of a psychologist, and she had attempted to take her own life a number of times.

She had reportedly interrupted her studies as a social worker, while she had a hard time keeping jobs.

She was found dead in her home in Nicosia on Friday.

The priest’s wife told Sigma TV that her husband is innocent and that Elena was brainwashed by some to claim she was raped by him.

Another foster child, who was sharing the room with Elena, told Sigmalive that recent reports are a lie.

She said the family has already reported to the police threats made to her father following information and defamatory comments against him on social media. Some people had posted the priest’s phone number on Facebook.

She expressed sorrow for Elena’s death but said that she was lying about being sexually abused by their foster father. She said that Elena was encouraged by some people to say that.

She said that she is still living in the home of the priest, along with another girl placed there by social welfare services.

US to add citizenship question in 2020 census