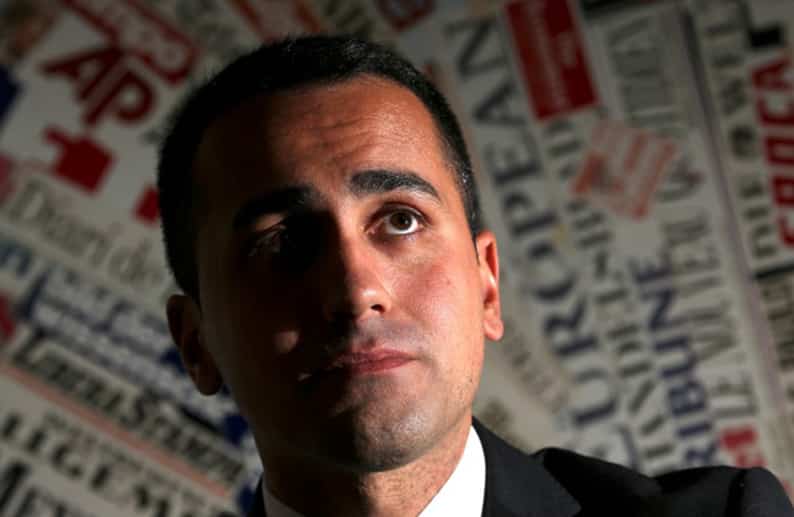 Italy’s anti-establishment 5-Star Movement, the largest party in parliament after this month’s election, should try to form a government with its far-right rivals the League, two of its senior politicians said on Tuesday.

The election produced a hung parliament and 5-Star has said it is willing to talk to all parties in parliament to try to form a government. However, the parliamentarians told Reuters they believed the only realistic hope of a coalition was with the League.

While many obstacles lie in the way of such an alliance, if a deal were to be struck it would likely cause concern in Brussels and among investors, due to both parties’ hostility to EU rules on areas including budgets, trade and immigration.

The League has claimed the right to name the prime minister because it is the leading party in a centre-right bloc that won the most seats in parliament. Its leader, Matteo Salvini, said on Monday he was ready to talk to 5-Star about a coalition.

“Salvini is doing everything right and there are plenty of policies we can agree on,” said a prominent 5-Star senator.

Both lawmakers who spoke to Reuters said they were encouraged by a change of stance from Salvini this week, who showed a willingness to consider income support for the poor, which is 5-Star’s flagship policy.

Both asked not to be named because of the delicate state of negotiations on trying to put together a ruling coalition.

They dismissed the view expressed by some commentators that 5-Star’s voters, who come mainly from the south, would be hostile to a deal with the League because its power base is in the rich north.

“Salvini has changed the League’s identity, and he was elected in a southern seat himself,” one said. “In any case, we are strongest in the south and we would guarantee the right policies for the south,” the parliamentarian added.

“What our voters want most is that we should be in government,” said the other. Both lawmakers were elected in the south.

5-Star won 33 per cent of the vote in the election, compared with 17 per cent for the League and 37 per cent for the centre-right bloc as a whole, which includes former prime minister Silvio Berlusconi’s Forza Italia (Go Italy!) and the right-wing Brothers of Italy.

The parties voted together on Saturday to elect the speakers of the two houses of parliament, and Salvini and 5-Star leader Luigi Di Maio then praised each other for sticking to their word and proving their trustworthiness.

Despite this, there are still some major sticking points in the way of them hooking up, not least of which is Berlusconi’s presence in the centre-right coalition.

5-Star, which bases its appeal on a pledge to clean up politics, is fiercely hostile to the four-times prime minister, who has a conviction for tax fraud and is on trial in another case for allegedly bribing witnesses.

“I would not find it acceptable for us to have a role in any government which includes Forza Italia,” one of the lawmakers said. Salvini has vowed not to abandon his allies, saying such a shift would betray voters who backed the bloc at the ballot box.

Another obstacle is who should become prime minister.

Salvini said on Monday he was ready to drop his claim if necessary, but he had previously said the candidate should in any case come from the centre-right, and it is far from clear that he would be willing to accept Di Maio.

5-Star appears less flexible, with one of its leading officials saying on Tuesday it would only take part in a government led by Di Maio.

“Italians voted with enthusiasm and so there needs to be a response to that, and we say that response can only be Luigi Di Maio as prime minister,” lower house deputy Alfonso Bonafede, one of Di Maio’s closest aides, said in a radio interview.

Humanitarian aid to north could restart in two weeks

Court improvements due by 2020