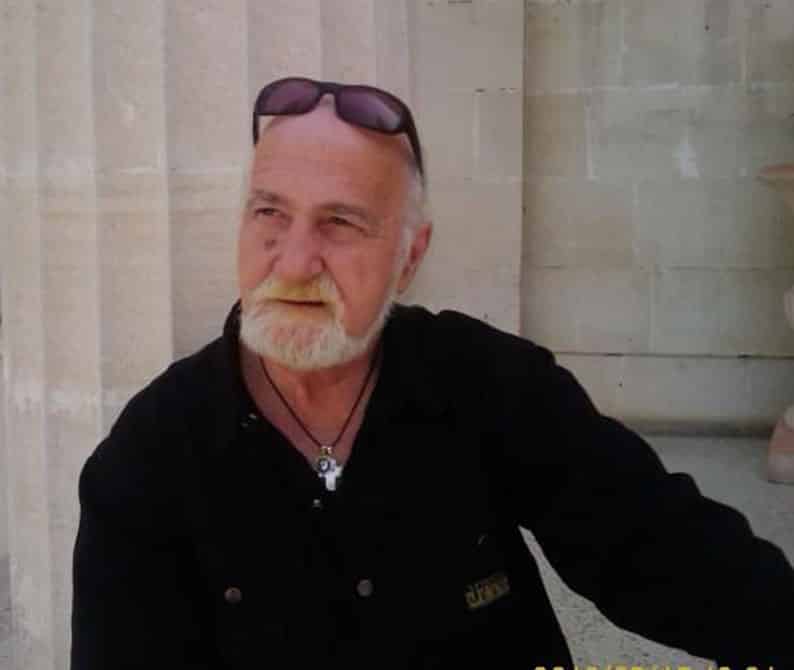 PAPHOS is mourning the death of Makis Antonopoulos, a prolific Greek writer, poet, philosopher and director who died unexpectedly on Monday in Greece while on a short promotion tour for his latest book.

It is believed that he suffered a fatal cardiac arrest and his funeral was due to take place in Athens, on Tuesday afternoon.

Tributes were pouring in from all over the island for the loss of the hugely talented and unique cultural force.

On Tuesday, ‘Radio Pafos’ dedicated a morning programme to Antonopoulos, 71, who had previously hosted shows at the station for over a decade. The programme was presented by journalist, presenter and colleague, Panikos Evripidou. In the afternoon, the station broadcast a religious recording of Antonopoulos and the Archbishop.

Antonopoulos was renowned in Cyprus and Greece as a writer, journalist, a radio and television producer and presenter and as an actor and director in theatre and film, and had promoted his latest book, ‘Adamasti’, as a guest on Evripidou’s show on March 9th, ahead of his trip to Greece. He was due to return to Cyprus today. (Tuesday) He had been living in Paphos since the 1990’s and then in Limassol for the last five years.

Fotis Nicolaides, owner of Radio Pafos, told the Cyprus Mail that he was shocked and deeply saddened, and paid tribute to the positive effect and impact his friendship and talent had on both his family and also the radio station.

“The relationship between Radio Paphos and Makis was not just a cooperative relationship, it was so much more. He was a friend and I respected him greatly. For Radio Pafos, Makis will never leave us, as his legacy is the important archival material he has left behind, and will often be listened to by many.”

During his 14-year collaboration on the radio station, Antonopoulos presented a daily morning show from 9.00-11.00am with songs and original, and sometimes obtuse comments that only he could think of by linking his poetic and philosophical discourse to topical issues, added Nicolaides.

“He also contributed to the recording of archival material through his interviews with important people and historical testimonies, many of who are no longer alive.”

Antonopoulos was born in Katerini, Pieria and for the last 18 years he lived in Cyprus. He is awarded the PETOFI prize in Hungary for poetry and the Writer’s Literary Companion Award for his historical novel The Orphan of the Virgin Mary.

His theatrical plays have been performed in Greece, Cyprus, Russia, England and Italy. He has released the works including: Awaiting (short stories), The small songs of a great homeland, The Warrior of the Night (historical novel about the Macedonian Struggle), The Pastor of Panagia, Searching for Alexander and others.

“He will be remembered with respect and universal appreciation in the artistic and media circles in Cyprus” said Nicolaides.

Appointing beach inspectors a ‘step in the right direction’