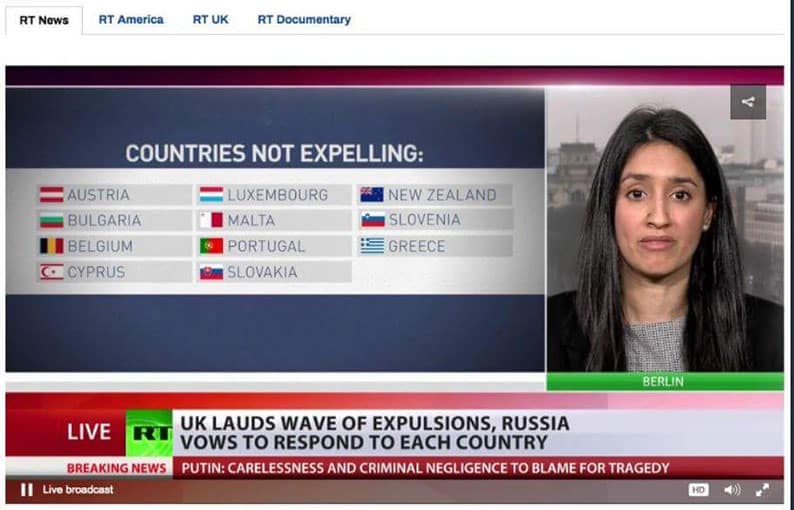 Russian news outlet Russia Today (RT) found themselves the subject of wrath on social media on Tuesday night after using the flag of the ‘TRNC’ instead of the flag of the Cyprus Republic in a TV report on the expulsion of Russian diplomats from Europe and other countries.

The wrong flag was placed next to the name of Cyprus on the list.

Lobby for Cyprus in the UK tweeted to RT “Please note error in your news report @RT_com @RTUKnews – the correct flag of Republic of #Cyprus consists of a map of the island with olive branches. Flag you mistakenly used is that of the legally invalid Turkish occupation regime in the north of the country”.

The station tweeted back shortly after saying. “Thank you for spotting that and apologies, we’ll pass this on to our broadcast team. Later it tweeted: “Fixed”.

Some tweeters were not appeased: “They thought nobody would notice? They try to insult our intelligence. What is worse – the actual act or thinking people wouldn’t care. Wrong on both fronts. Shamed,” said one.