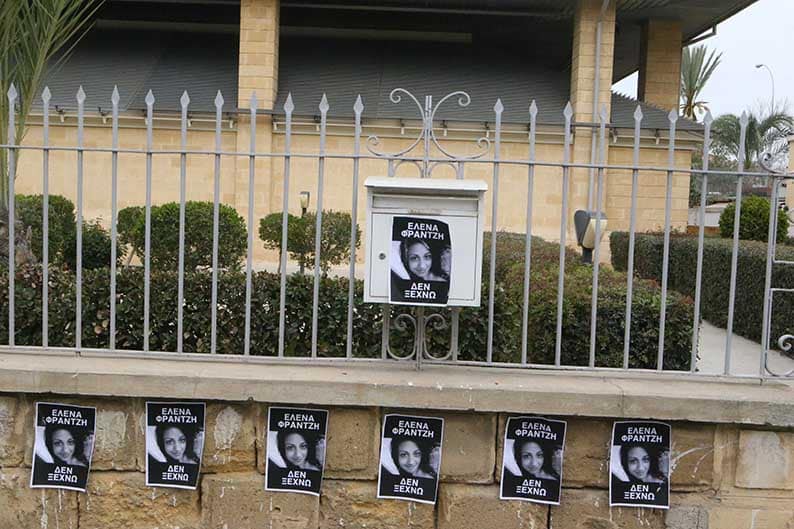 Social welfare services on Wednesday said that a police investigation had found nothing against the social worker dealing with the woman who said she had been sexually abused by her priest-foster father when she was a child.

The social welfare services have been forced on the defensive following the outrage, shock and indignation caused by the ordeal of 29-year-old Elena Frantzi who was found dead in her Nicosia home last Friday. The cause of death has yet to be confirmed.

Maria Kyratzi of the social welfare services, speaking to state broadcaster CyBC television, said that the case had been thoroughly investigated by the police at the time but that no responsibilities were found attributable to the social workers handling the case.

But when she made the allegations as an adult the case went to court and the priest was found guilty of sexual harassment but not rape – and served 18 months in prison.

In a move that has shocked the public, he was reinstated as priest at a convent after he served his sentence.

Lawyer and special adviser in preparing a national strategy to protect children from sexual abuse, Anastasia Papadopoulou, who publicised the issue after Elena’s death, said she believes  the 29-year-old had no sense of vindication.

Kyratzi said that as soon as Frantzi reported at the age of 20 she had been raped by her foster father, an investigation was launched by the police.

Included in that investigation were testimonies from the social welfare officials who were involved in the case.

The official said that after Frantzi’s accusations no other children were placed in the care of the family. On Tuesday a woman who shared a room with Elena also as a foster child said that she is living still living there, along with another woman who had been placed there by social welfare services at the around the same time.

Kyratzi said that these two children had been placed with the family, but this was years before the case was brought to light.

Regarding reports that Frantzi had first brought up allegations of sexual abuse when she was still a child, Kyratzi said that there was no mention in the court case ruling that Elena had told any social worker she had been sexually abused back then.

Kyratzi insisted that as soon as Elena revealed what had happened to her, at the age of 20, she had the full support of officials of the social welfare services who had encouraged her to speak up.

The state legal services said in an announcement on Wednesday that according to the police, there was insufficient evidence against the social worker monitoring the family at the time to justify a criminal offence.

It said, however, that there is a case pending in the Nicosia district court against the priest’s wife concerning assault and causing real bodily harm to Frantzis.

It said that following Frantzi’s complaint, the investigating officers forwarded the case file to the legal service in June 2011 seeking the criminal prosecution of the foster father for indecent assault, that had reportedly taken place sometime between December 1993 and August 2000.

“The police further recommended the prosecution of the accused’s wife, for the offences of assault and causing real bodily harm to Elena Frantzis, but the former attorney-general decided not to prosecute her on the basis of the collected testimony,” it said.

It added that following the conclusion of the case against the priest, the case was reassessed, and the current attorney-general gave instructions for the prosecution of the priest’s wife for assault and causing real bodily harm. It said that the case is still pending before the district court.