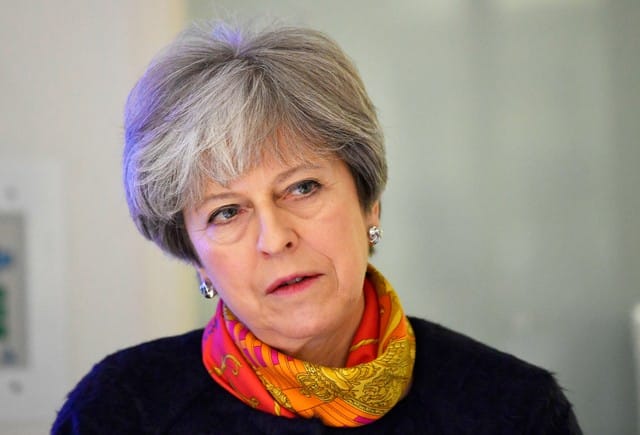 British lawmakers launched a new inquiry into money-laundering, sanctions and economic crime on Thursday, with a particular focus on properties bought with so-called ‘dirty money’, amid growing tensions with Russia.

Prime Minister Theresa May said there was no place for ‘serious criminals and corrupt elites’ earlier this month, as she outlined British reaction to the poisoning of ex-spy Sergei Skripal, for which the UK has blamed Russia.

Britain and Russia have expelled 23 diplomats each in the dispute over the poisoning, which Russia denies.

“Given the threats that face the UK, the effectiveness of the regimes that we use to protect our financial system from misuse have never been more important,” said Nicky Morgan, chair of the lower house Treasury Committee which is leading the inquiry.

“It has been claimed that the UK, particularly the London property market, is becoming a destination of choice to launder the proceeds of overseas crime and corruption – so-called ‘dirty money,'” she added.

Morgan said the inquiry would look at Britain’s international efforts to tackle money-laundering and terrorist financing.

In figures cited by the Treasury Committee, pressure group Transparency International said up to 4.4 billion pounds worth of British property might have been bought with suspicious wealth.

“Recent events seemed to have propelled some much-needed new impetus into the UK’s fight against dirty money and we very much welcome the Treasury Committee holding this inquiry,” said Duncan Hames, Director of Policy at Transparency International UK.

London has been a prime venue for rich Russians to buy property and the inflow of Russian money has led to the capital being nicknamed ‘Londongrad’. But despite May’s tough rhetoric on Russian elites, she has not named people or companies that would be specifically targeted by sanctions.

Morgan also said the inquiry would also look at economic crime aimed at consumers, such as fraud and scams.