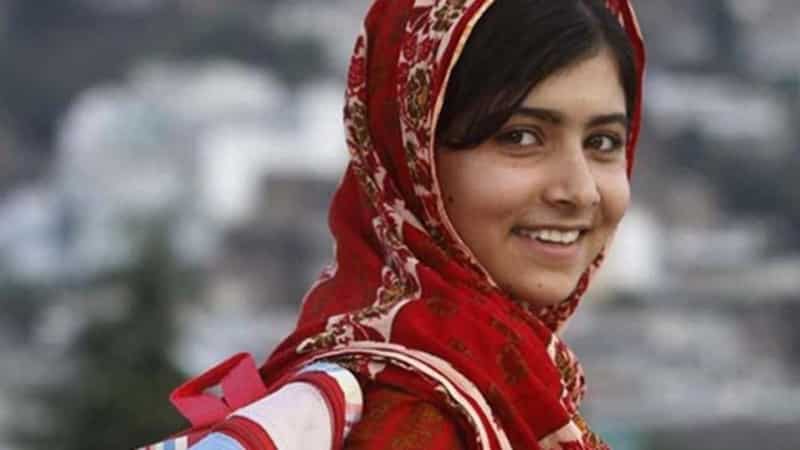 Nobel Peace Prize winner Malala Yousafzai broke down in tears during an emotional return to her native Pakistan on Thursday, six years after she was shot in the head by Taliban gunmen for advocating greater education of girls.

Yousafzai, travelling with her father and younger brother, met Prime Minister Shahid Khaqan Abbasi in the capital, Islamabad ,before giving a brief speech on national television.

“It’s the happiest day of my life. I still can’t believe it’s happening,” she said, wiping away tears.

“I don’t normally cry … I’m still 20 years old but I’ve seen so many things in life,” added Yousafzai, clad in a traditional shalwar khameez outfit with her head covered with a red and blue duppata scarf.

Yousafzai spoke of the importance of education and about the efforts of her charitable foundation to help girls, often switching between English and the Pashto and Urdu languages.

“When she went away, she was a child of 12. She has returned as the most prominent citizen of Pakistan ”

It was Yousafzai’s first visit to her homeland since she was airlifted for medical treatment in Britain in 2012.

But she is unlikely to travel to her home region of Swat, in mountains northwest of Islamabad, due to security threats against her, a relative and security sources told Reuters.

“It’s been long-held desire of Malala Yousafzai and her parents to visit Swat and see her relatives and friends. But she was not given permission due to security concerns,” said one relative, who declined to be identified.

Earlier, Pakistan’s Geo TV showed footage of Yousafzai after she arrived at Islamabad airport, walking to a car escorted by security officials.

In October 2012, masked gunmen stopped a bus taking Malala and some friends home from school and shot her. Two of her friends were also wounded.

At the age of 17, in 2014, Yousafzai became the youngest recipient of the Nobel Peace Prize for her education advocacy. She also become a global symbol of the resilience of women in the face of repression.

Last week, on Twitter, Yousafzai, who lives in Britain and is studying at Oxford University, expressed a longing for her homeland.

“On this day, I cherish fond memories of home, of playing cricket on rooftops and singing the national anthem in school. Happy Pakistan Day!” she wrote on March 23.

After surviving the attack, Yousafzai was airlifted abroad and underwent surgery.

The Pakistani Taliban, who seized control of her home district in Pakistan’s Swat Valley before being pushed out by the army in 2009, claimed the attack, saying it was in response to a blog she wrote for the BBC Urdu service advocating girls’ education.

The hardline Islamist movement blew up girls’ schools and imposed a strict interpretation of sharia Islamic law during their rule over Swat.

The Taliban also accused her of promoting Western values in Swat, which is a staunchly conservative parts of the mainly-Muslim nation.

Unable to return to Pakistan after her recovery, Yousafzai stayed in Britain, setting up the Malala Fund and supporting education advocacy groups with a focus on Pakistan, Nigeria, Jordan, Syria and Kenya.

This month, a new girls’ school built with her Nobel prize money opened in Shangla, near her home district of Swat.

During her trip to Pakistan, which is expected to last several days, Yousafzai will likely stay in Islamabad and meet friends and family at a hotel, her relatives said.

While she is arguably the most recognisable Pakistani in the world, Yousafzai – known almost universally as Malala – is a polarising figure at home.

She is frequently attacked by religious conservatives as portraying her country in a bad light and seeking fame.

Yet on Twitter her return was greeted broadly positively.

“One child, one teacher, one book and one pen can change the world, More Power To You #Malala”.