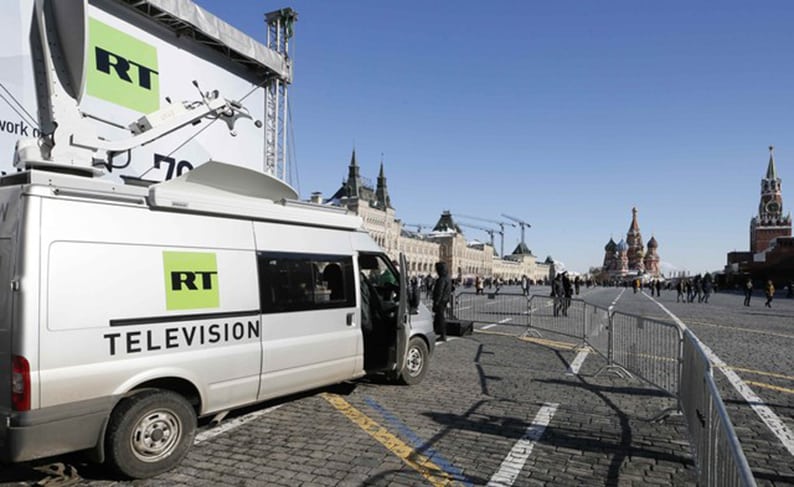 The Kremlin said on Friday it was studying a move by cable and digital TV providers in the United States to take Russia’s RT TV channel off the air in Washington, saying the move looked illegal and discriminatory.

U.S. intelligence agencies have called Kremlin-backed RT “Russia’s state-run propaganda machine” and accused it of contributing to Moscow’s campaign to interfere with the 2016 US presidential election, something Russia denies.

The US Department of Justice forced RT to register as “a foreign agent” in November last year, a designation that requires it to disclose financial information.

Margarita Simonyan, RT’s editor-in-chief, said on Thursday evening on social media that the channel was being “kicked off the air” in Washington because of its status as “a foreign agent.”

Kremlin spokesman Dmitry Peskov told a conference call with reporters on Friday that lawyers were examining the case.

“These cable providers announced that they won’t provide their services to RT,” said Peskov. “Lawyers are examining the details, but as of now and at first glance it looks like a groundless decision.”

Peskov said the Kremlin was deeply concerned about how Russian media were being treated in the United States.

“It’s a very worrying tendency,” he said. “They are demonstrating a discriminatory policy towards the media in the US, which probably breaks the law and contradicts all these statements about freedom of speech which we hear day and night from Washington.”