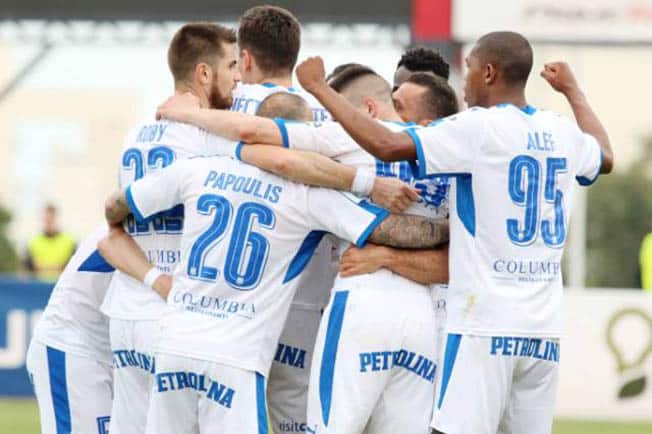 The Cyprus football championship resumes this weekend following the international break with key fixtures that may decide the final outcome in both groups.

In the top group, leaders Apollon head to Larnaca to face AEK in what should be their toughest away game to date.

AEK are unbeaten at home this season and would like to maintain this record against the free-scoring team from Limassol.
However they also need the win to keep within striking distance of third place, a position that guarantees European qualification for next season.

Spokesman Kyriacos Dimitriou admitted that Apollon are enjoying a rich vein of form, “giving us extra incentive to achieve our goal which is none other than the three points.”

The league’s top scorer, AEK’s Florian Taulemmeuse, has not recovered from a serious injury with winter signing Apostolos Giannou taking his place again.

Giannou has managed just one goal in seven outings, a stark difference to Taulemmeuse’s average of a goal a game.

Apollon have delighted the neutral fan this season with their sharp, incisive and attacking football that has unlocked the tightest of defences.

A win will put them firmly in the driving seat towards their fourth championship as they will have a much easier run-in than nearest rivals Apoel.

Apollon coach Sofronis Avgousti will be without his Argentinian midfield enforcer Esteban Sachetti who is suspended after picking up his 11th yellow card!

In their only defeat so far this season Sachetti was suspended again and Avgousti will be hoping that his likely replacement Sasa Markovic will be able make up for the Argentinian’s absence.

Elsewhere, Bruno Baltazar, will be in charge of champions Apoel for the first time and oddly enough it will be against AEL, the team that he was in charge of until a few weeks ago.

Trailing leaders Apollon by three points Apoel cannot afford any more slip-ups if they are to win the title for the sixth consecutive season.

Baltazar has all his players at his disposal bar Polyakov, and it will be interesting to see how he sets out his side against his former team with winger Giorgos Efraim expected to be recalled to the starting line-up after a long spell on the sidelines.

Dusan Kerkez, replaced Baltazar as AEL head coach and counts a win and a loss in his two games in charge so far.
Cypriot international Andreas Avraam is expected to miss the game while Daniel Benitez has shaken off his injury and is expected to start.
The final top group game sees crisis-stricken Omonia hosting third placed Anorthosis.

Two of the three players Omonia’s previous manager Ivaylo Petev had alienated – Lopes and Soares – were allowed back into the team but Anorthosis remain favourites to take the three points.

In the relegation group, Olympiakos seem set for a quick return to the second division as they trail their next opponents Pafos FC by nine points.

Even if they take the three points against Pafos, only a miracle can save them from the drop.

In the other relegation group games Nea Salamina are at home to Ermis Aradippou while group leaders Doxa Katokopias entertain Alki.

Traffic cameras could be coming soon