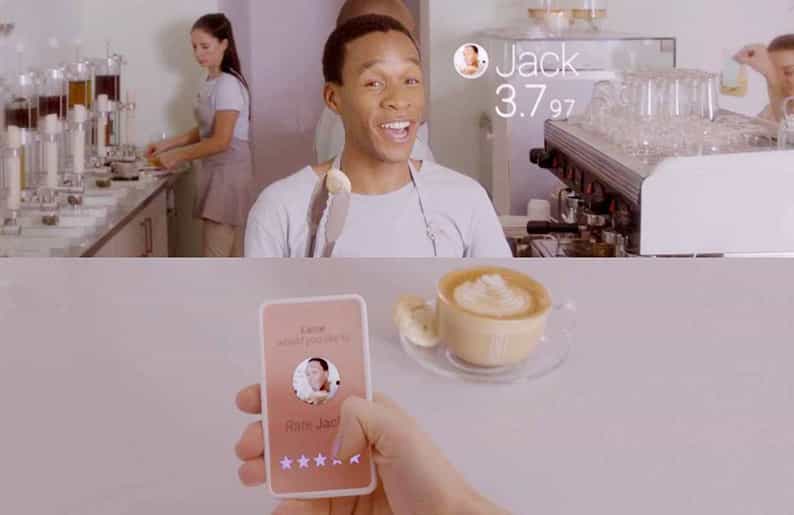 A scene from Black Mirror

CYPRUS has been chosen by Brussels for a new pilot programme to roll out a China-style Social Credit System that will publicly rate citizens on their behaviours using social media, data-collection techniques and new AI technologies.

And you don’t even have to be an internet user to become part of the programme.  “Citizens’ behaviour can be monitored through the use of their ID cards when it comes to buying goods and services, plus most use credit cards as well so it will be fairly easy to compile a profile of someone, even if they’re in the older generations,” said an EU official speaking on condition of anonymity.

“Cyprus is the ideal place for a pilot programme. We really need to churn out better EU citizens. Though we’ve made a lot of progress lately through curbing hate speech and stigmatising people who use it, we need to do more.”

The EU official said that in the corridors of Brussels there’s a running joke that the methods being used to produce the ‘ideal EU citizen’ are akin to those used by Nazi propagandist Joseph Goebbels who said the most brilliant propagandist technique would yield no success unless one fundamental principle was borne in mind constantly “it must confine itself to a few points and repeat them over and over.”
“We’ve found that this works like a charm,” said the official. “The words racist, sexist, misogynist, homophobe and transphobe are the answer to almost everything people say that are the opposite of being a good citizen, or if they say anything we don’t like. It’s just ironic that we are using Nazi tactics to root out and silence the Nazis amongst us.”

Under the Chinese plan, everything a person says and does will be ranked positive or negative and distilled into a single number that will determine social status, or to use the Chinese description “a trustworthy citizen”. The number can then be adjusted up or down depending on good or bad behaviours.

The move has shades of the TV show Black Mirror where in one episode everyone was ranked this way. Low rankings meant trouble finding a place to live in ‘nice’ neighbourhoods, buying or renting a good car, or even finding a date.  High rankers on the other hand led a privileged existence unless they lost points being rude to the barista for instance. Really low rankers were societal outcasts with no rights or privileges.

Canada has also recently taken steps towards the Chinese system, starting with health issues and rewarding people with points for buying fruit instead of junk food. The mobile app is called Carrot Rewards and is designed to link up with wearable devices in later stages to track and reward healthy behaviour.

In Cyprus the pilot scheme will be introduced as part of the e-government plan and run under EU supervision during the pilot programme. It has both detractors and enthusiasts.

Privacy advocate Aseme Isicho told the Cyprus Mail: “If you look at what Canada is doing, it’s just the Chinese system by stealth. They always start with health because it’s the easiest way to guilt trip people but it won’t end there.”

Isicho said if such systems were confined to points for positive behaviours it could be beneficial but not in the sense that a person is publicly ranked and shamed in the same way they were put in the stocks in the Middle Ages. “This is what’s already happening on social media,” he said. “Using the ‘carrot’ approach is one thing but when you introduce the stick…  punishments such as deducting points for so-called bad behaviour, that’s when it becomes Orwellian.”

He said what was scarier was people willingly giving up their privacy in return for popularity. “The new generations have been born in captivity so they don’t know any better. They’re not losing their privacy because they’ve never had it. You may say you have nothing to hide but that’s not the point. Why should some stranger know what you had for lunch or what you bought off Amazon? It’s my choice who I tell what I had for lunch, and that’s being taken away.”

But interior ministry official Christos Ilithios thinks the development is not only beneficial but great for Cyprus’ image as a friendly tourist destination among other things.

“Look, everyone already knows everyone else here. This is just making it official. Also Cypriots are very status conscious so they are expected to embrace the system wholesale,” he said. “We already have the highest Facebook usage so gathering the data will be easy. It will keep bad drivers in line and cut down on road deaths for starters,” Ilithios added. “Best of all, the purveyors of fake news will fall to the bottom of the social ladder.”

Arrest made for gun threat at Paphos nightclub (update)